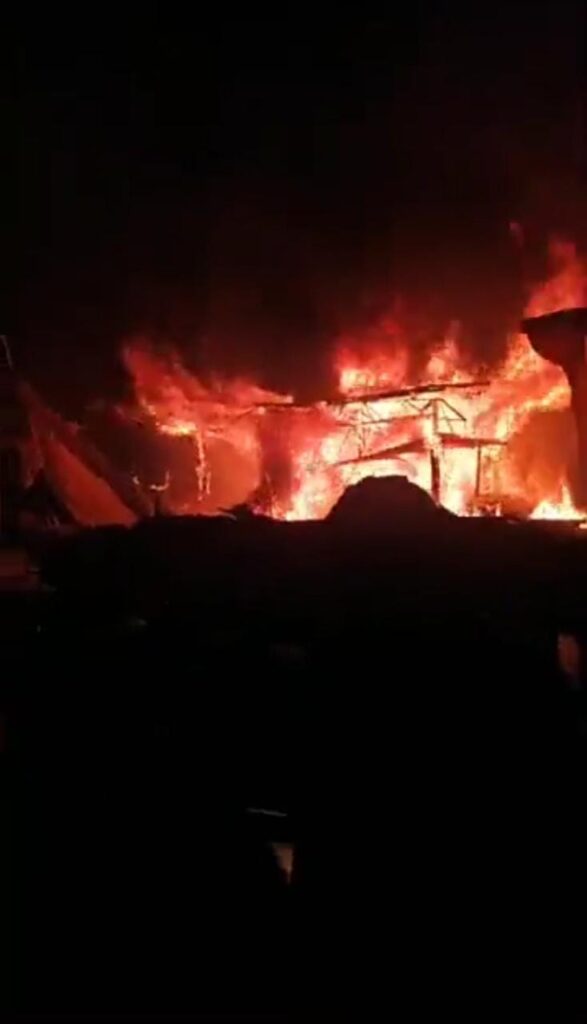 Srinagar, June 10: A massive fire broke out in Sweepers Colony, Noorbagh in north Kashmir’s Baramulla district late Thursday evening after which the police and fire officials reached the spot to douse off the flames, officials said.

They said fire reportedly started due to leakage of LPG gas from a residential house and engulfed several others in no time. When this report was filed, the men from fire and emergency department besides police and locals were on the job to douse off the blaze.

A senior police officer said that 5 tenders from the fire and emergency department besides two from army have reached the area and are trying to contain the spread of the fire.

A number of senior police officers including DySP headquarters and local SHO besides additional SP are on the spot.

A police officer said that due narrow lanes, fire tenders were finding it difficult to reach the spot directly. At least 20 houses have already been engulfed and efforts are underway to contain the further spread of fire. Emerging story. More details awaited. gns