Cloudbursts, Hailstorms Cause Damage To Orchards, Standing Crops In Kupwara 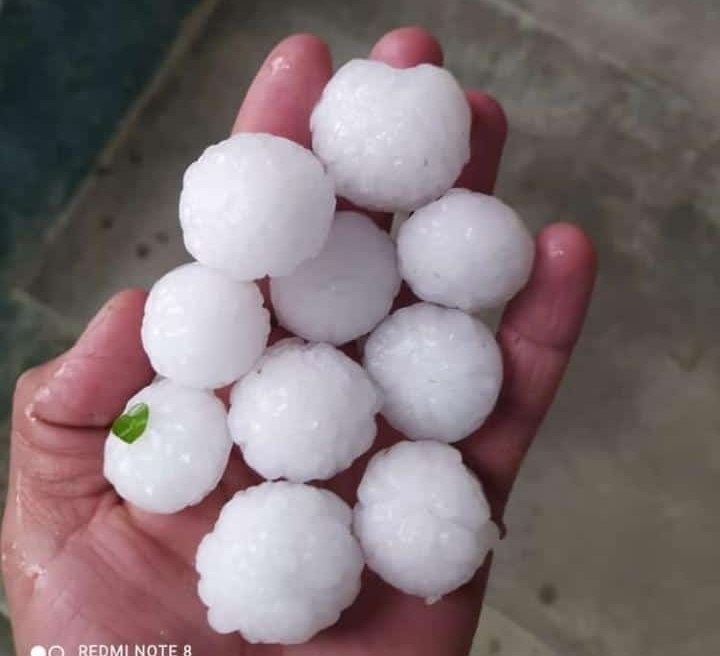 Kupwara, Jun 3: Several incidents of cloudbursts and hailstorms were intermittently witnessed throughout the day in various parts of this north Kashmir district on Thursday.The weather turbulences have reportedly caused substantial damage to orchards and standing crops across dozens of hamlets, leaving thousands inhabitants fending for themselves.

Reports said that a major cloudburst hit a site in proximity to the house of one Manzoor Ahmad Bhat son of Mohammad Sadiq Bhat in village Sharkoot of Tarathpora in Handwara this evening. Out of panic amid the incessant downpour coupled with a loud bang, a woman, wife of Mohammad Sadiq Bhat, suffered a heart stroke and was relocated from the house. However she was said to be responding well after initial treatment.

The cloudburst caused damage to the house of Bhat besides to other houses in the vicinity.

The rainstorm is also said to have washed large swathes of paddy fields besides severely damaging apple, cherry, pear, apricot orchards in the area.

The people, with children on shoulders, were seen running towards safer spots as the downpour kept on inundating the low lying places in the area.

Similar incidents were also reported from Kralpora, Aawura, Dooniwari, where the cloudbursts wrecked havoc to orchards and standing crops and also caused damage to some residential houses.

However no loss to life has been reported from anywhere so far.