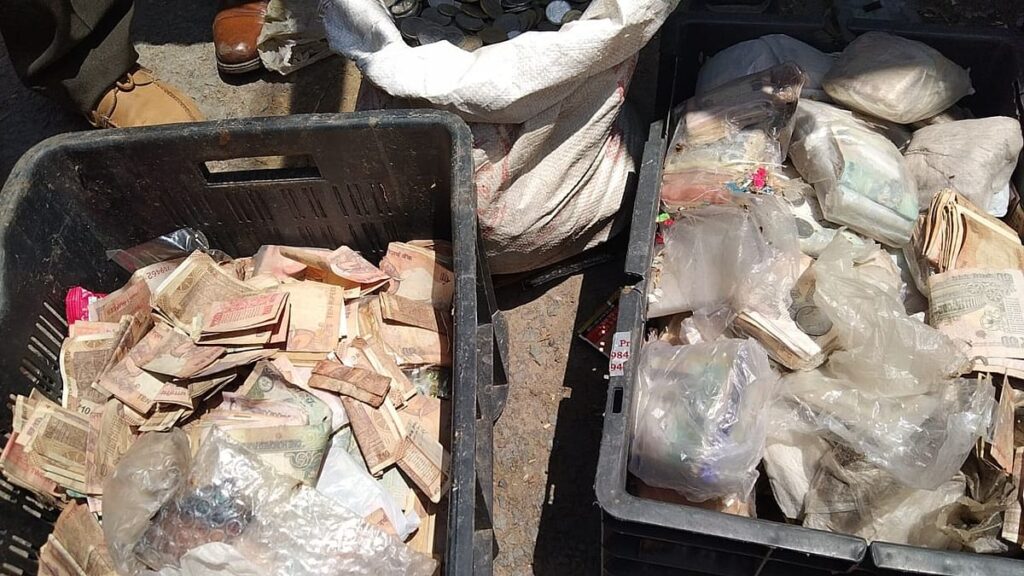 Rajouri, June 01: The authorities on Tuesday morning recovered a huge amount of cash including currency notes and coins from temporary shelter of a homeless woman in Nowshera town of Rajouri district.

Officials said that on Monday a team of municipal committee and tehsil administration was sent to the temporary shelter of the homeless woman to pack his belongings in order to shift her to some government shelter.

They said that the woman was later taken to a government destitute center in Rajouri town.
Officials said that on Tuesday, a team was deputed to the temporary shelter of the woman where besides other belongings, three plastic vegetables packing boxes and one jute bag were found.

They said that boxes were kept hidden inside the shelter and during search, currency notes and coins of different denominations were recovered.

They said that the currency has been taken into possession by the tehsil administration. kno