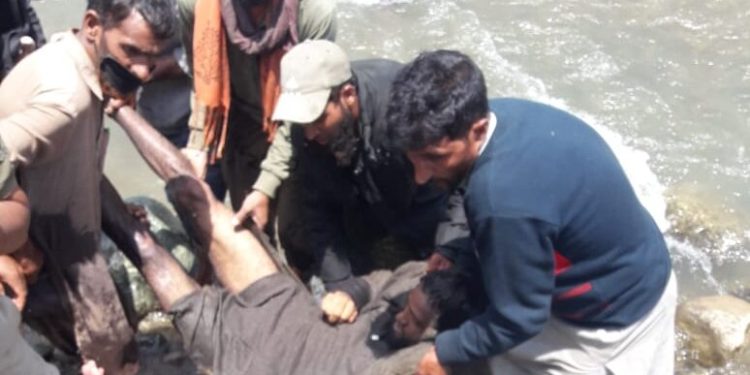 Anantnag, June 01: Body of a 35-year-old man was recovered from a Nallah in Dooru area of South Kashmir’s Anantnag district on Tuesday afternoon.

A police official said that the man identified as Reyaz Ahmad Chachi son of Alam-Din-Chachi, a resident of Hallan Verinag was found dead under mysterious conditions in Nallah Sandran near Poolia Verinag.

He said that the police have recovered the dead body and after completing the medico legal formalities the body was handed over to his relatives for burial.

A case has been registered under relevant sections of law and further investigations are on, he added.