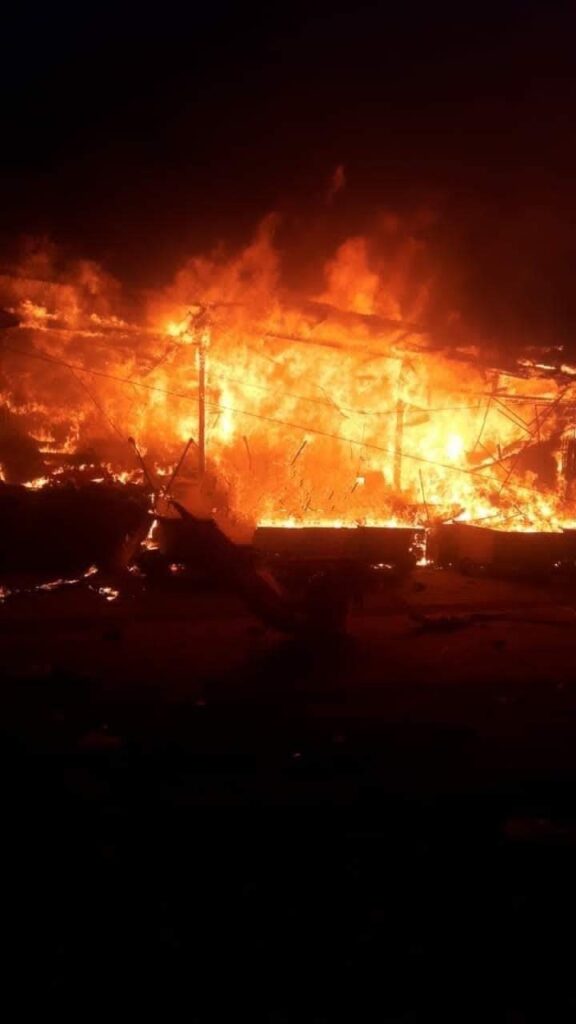 Handwara, May 30: A major fire having erupted on Thursday evening at ‘Sabzi market’ in Handwara has damaged at least five shops, three godowns and nearly forty vegetable carts, twenty seven of them severely, Fire and Emergency Services (F&ES) officials said.

They said that the fire broke out at around 9:30 in the evening in ‘Sabzi market’ area near Old Bus Stand Handwara. “On a short notice, the department moved its men and machinary to reach the spot to bring the fire under control”, they said.

“After hectic efforts while receiving due support from locals, police and Army’s 21 Rashtriya Rifles, the fire was finally contained after an hour or so”, they said adding that “However there was substantial damage caused to property in the inferno.”

They said that earlier it was anticipated that some twenty vegetable vending carts had been damaged, however as ascertained after an assessment it has came out that five shops including those of merchandise and textile besides three godowns have suffered damage in the inferno. “However the major damage has been dealt to vegetable carts only”, they said adding that “With forty of them caught in fire, twenty-seven were severely damaged.”

Meanwhile the cause of fire though believed to be a short-circuit is yet to be corroborated with any version from authorities. gns