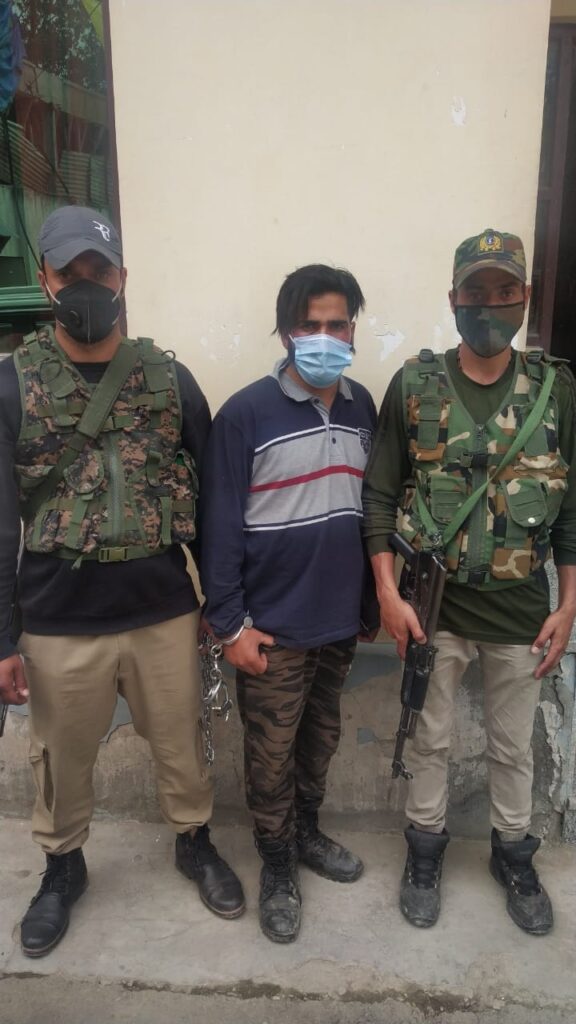 Srinagar, May 22: Police on Saturday claimed to have arrested a person who tried to kill a man by stabbing him with a knife in North Kashmir’s Baramulla district.

While divulging more details, the police said that the accused had fled from the spot after committing the crime. in this regard case FIR No 135/2021 U/s 341,307 IPC was registered in police station Pattan and investigation set in to motion.

A manhunt was launched to arrest the accused and Several raids were conducted by the police team during night hours at different suspected locations and finally today Morning accused was arrested, he said.

The locals of the area have hailed the efforts of Baramulla police and demanded a stern punishment against the accused, reads the statement. gns