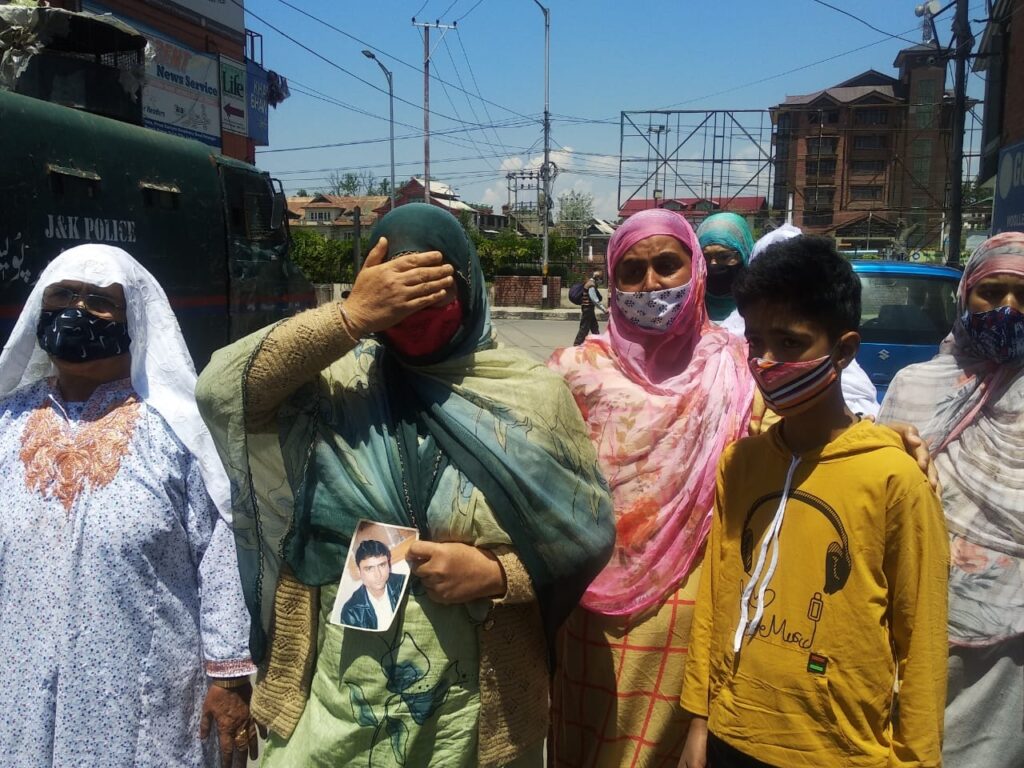 Srinagar, May 20: A family from Hyderpora area of Srinagar city Thursday appealed Inspector General of Police to personally intervene and get the ‘murderer’ arrested. The aggrieved family alleged that Parimpora Police Station is resorting to dilly dally tactics and is not arresting the murder accused.

Bilal Ahmed Beigh, a resident of Gulshan Abad Hyderpora arrived in Press Enclave along with his other family members on Thursday to lodge their protest against the alleged murder of his brother.

Bilal Ahemd said: “My brother Fayaz Ahmed Beigh, an Auto driver by profession was found dead near Shalteng area of Srinagar. Postmortem report reveals head-injury the cause of his death. We doubt he has been murdered by one who approached him at Hyderpora Auto Stand and asked him to drop him at Shalteng. The accused who happens to be our neighbour probably killed my brother as he was carrying cash with him,” Beigh said.

The family members said that CCTV footage clearly indicates that the accused was travelling in the auto-rickshaw of the deceased. “Police arrested the accused but later on released him. We appeal IGP Kashmir to personally intervene into the matter and get the accused arrested,” they said.

The incident according to the family occurred on 28 April last month.

“If Fayaz has died naturally, how come he bore injury marks on his head. If we assume he was injured in an accident, why then his Auto-rickshaw was intact without suffering any dent or damage,” they said. knt