Brother in law of Syed Ali Shah Geelani Passes away 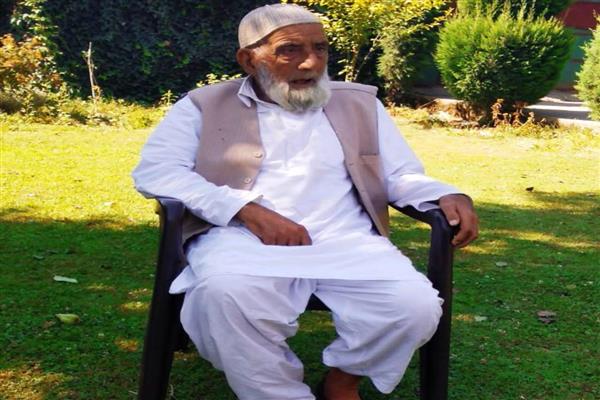 He was born on 15th April 1927 at Tujar Sharief. He did his Matric from Lahore university with distinction. He joined Education deptt. in 1945 and served the deptt till 1982. He has remained as Imam /Khateeb Jamia tujjar Sharief for a long period of 30 years.

He has never been sick or felt any ailment during his life period excepting the last six days. He remained in full senses till his last breath. He was very simple, noble and God-fearing. He is survived by three sons and two daughters. kns