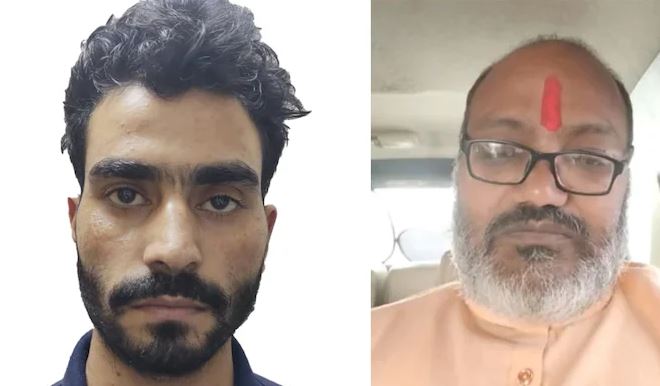 New Delhi: The Delhi Police on Monday claimed to have arrested a Kashmiri man who was allegedly tasked to kill Swami Yati Narsinghanand, a Hindu priest who had made allegedly blasphemous remarks, reported The New Indian Express.

As per the report, John Mohammad Dar alias Jehangir, 24, a resident of Pulwama district in Kashmir, was apprehended from a hotel in Paharganj and is affiliated with Jaise-e-Mohammad (JeM).

Police, as per the report, have recovered a pistol and live ammunition as well as saffron clothes, Chandan tika, kalawa and mala from him. “These clothes were allegedly to be used as a cover to gain entry into the temple situated in Ghaziabad,” the report said.

The Police had registered an FIR in April against Narsinghanand for allegedly hurting the sentiments of the Muslim community on a complaint from AAP MLA Amanatullah Khan.

The preliminary interrogation has revealed that Dar, who is a carpenter by profession, had met a man named Abid in December last year who had informed him that he was from Pakistan and associated with JeM, reported The New Indian Express quoting the police.

As per the report, they became friends and Abid motivated Dar to work for him. According to the police, Abid assigned him with the task to assassinate Narsinghanand.

The report reads that Abid also showed Dar a video of the religious leader and trained him to use small arms like pistols. He then told the accused that someone named Umar will receive him in Delhi.

On 23 April, the accused left for Delhi and was in touch with Umar through Telegram. Umar was to arrange his recce and stay in Delhi and also to provide access to Narsinghanand. It was Umar who shifted him to a hotel in Paharganj. Later, he and Umar received the arms from another person near his hotel, police said. kdc