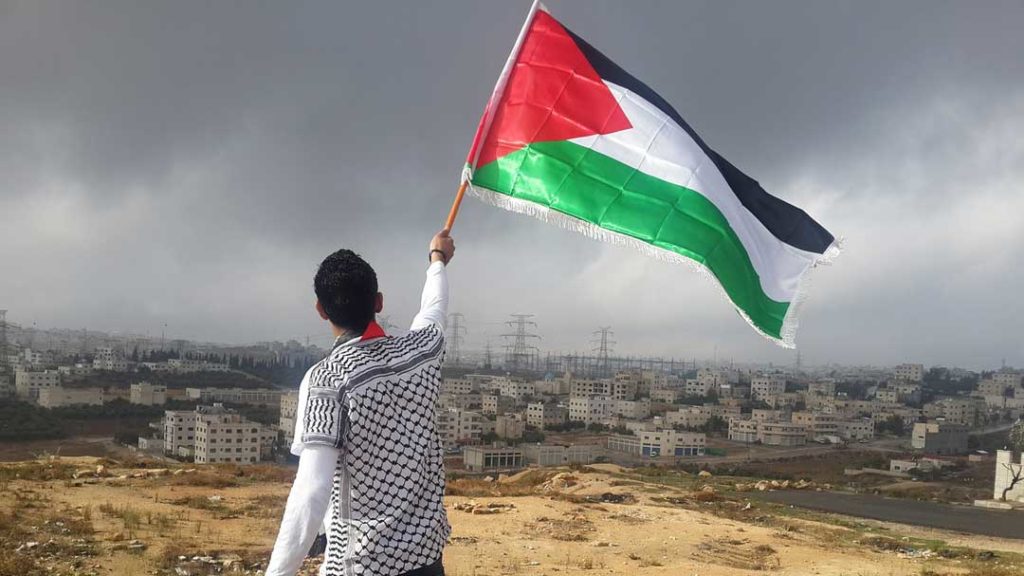 Srinagar, May 17: A group of writers, teachers, politicians, and actors on Monday issued a joint statement and extended their support to the people of Palestine, saying that “we stand with Palestine”.

“Since 1948, Israel has tried to erase the Palestinians from their lands and to erase the possibility of a Palestinian homeland. For good reason, the Syrian academic Constantine Zurayak published a book that year called Ma’na al-Nakba (Meaning of the Catastrophe),” the statement said.

“The ‘catastrophe’ was the expulsion of the Palestinians from their homes, which since then has expanded to the apartheid conditions for Palestinians inside Israel, to the occupation of Palestinians who live in East Jerusalem, Gaza, and the West Bank, and to the denial of the return to return of the Palestinians who went into exile. In late April 2021, Human Rights Watch (New York) published an important report with a clarifying headline, A Threshold Crossed. Israeli Authorities and the Crimes of Apartheid and Persecution.”

“In early May, Israel attempted to illegally evict Palestinian families from their homes in Sheikh Jarrah (Jerusalem). This eviction is part of the ‘continuous nakba’, as the Lebanese novelist Elias Khoury puts it. These families had settled in this part of Jerusalem when they had been expelled by the Israelis from their homes, and now they were to be expelled again,” it added.

“These families and their neighbours refused to budge. They have the right to resist, since their land is part of what the United Nations designates as the Occupied Palestinian Territory (OPT), land that the occupier – namely Israel – manages but does not have the right to alter. When the Palestinians resisted, they faced harsh violence from Zionist settlers and from the Israeli border police, who entered the al-Aqsa mosque as part of a policy to humiliate the Palestinians. Palestinians in Gaza, also part of the OPT, had warned that if Israel and the Zionists did not stop these outrages, they would face a barrage of rockets; since there was no halt to the attacks, Palestinians in Gaza fired rockets at Israel. The rockets did not start or define the brutality that followed. The rockets came as part of a resistance – backed by international law – of an illegal occupation,” the statement said.

“Israel retaliated with extreme force, killing children, attacking civilian targets, and bombing a media building. Constant bombardment of Gaza, one of the world’s largest concentration camps, since 2006 has defined Israel’s management of the OPT. The UN remains silent since the US government refuses to allow even a ceasefire resolution. No Arab state has been willing to use its military force to defend the Palestinians; it would be so easy for the Egyptian airforce to provide a ‘no-fly zone’ above Gaza, for instance. In Jordan and Lebanon, Palestinians in exile marched to the gates that divide them from their homeland, pushing against the fences, eager to go home.”

“To begin to explain this horrendous Israeli barrage by starting at the rocket fire misses the entire context of the story and steals the Palestinians of their dignity and their right to resist. We stand with the Palestinians, stand with the right to a homeland, their right to return to their home, and their right to resist the occupation. Our reaction to the terrible violence against the Palestinians is shaped by our reading of the United Nations General Assembly resolution 1514 (1960), ‘The process of liberation is irresitible and irreversible and,… in order to avoid serious crises, an end must be put to colonialism and all practices of segregation and discrimination associated therewith”. kno