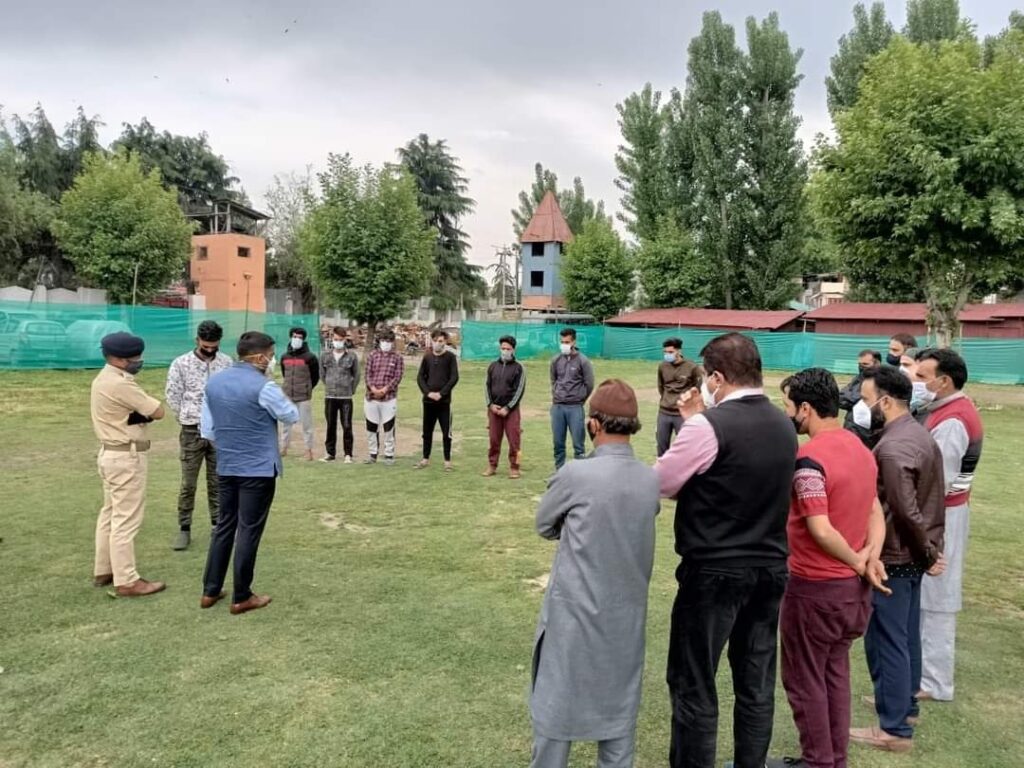 Srinagar, May 16: Police on Sunday handed over seventeen boys to their parents after proper counselling in Central Kashmir’s Srinagar district.

In a statement the police said that these boys were arrested for participating in protests in violation of Section 51 of DM Act during Corona Curfew.

The police spokesperson further stated that the parents assured that they will guide their children to not engage in any activities which are against the law and in times of Covid can lead to spread of infection.

Meanwhile statement further said that SSP Srinagar Sandeep Chaudhary appealed to the youngsters to concentrate on their studies and career building. He told them that there is a section in society who manage best facilities and life opportunities for themselves and their families but use boys from humble backgrounds as fodder for furthering their careers and agendas.

Those who push young boys on path of violence never show up to help the parents of those whose careers get destroyed through engaging in illegal activities, he said.

He assured the parents that Jammu and Kashmir Police is duty bound to release their wards after counselling in transparent manner. The larger goal of preventing youngsters from taking greater leap of criminality is sole motto of Community Bond because parents and elders of localities take responsibility for better conduct on part of these boys, he said.

It’s pertinent to mention that scores of boys were arrested across Srinagar after they had participated in Pro-Palestine protests. gns