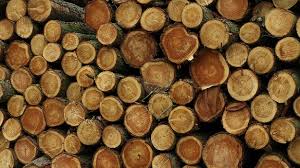 Kupwara, May 10: Forest Department officials said to have recovered at least thirty-six (36) logs of illicit timber in Natnussa forest area of Handwara in Kupwara district on intervening night of May 9 and 10.

Official sources said that on receipt of specific input about ferrying of timber illicitly from Compartment Number 21, a team was constituted to carry out a raid at the site.

On reaching the suspected spot, the team found some people involved in the smuggling of timber in a tractor whereupon at least 36 logs of timber measuring some 110 Cubic Feet (Cft.) were recovered from the site.

Confirming the seizure, DFO Kamraj Zahid Aslam further said that the inspecting team found several employees of Forest Protection, Forest Department escorting the smugglers. “All those involved were detained on the spot”, the official said adding that suspension (of the employees) will be ordered accordingly.

“An enquiry is being initialed to see the involvement of any other employee which will be followed by suspensions”, he said, even as adding that “Credentials of all those involved are being collected to take action.”

The smuggling site falls in close proximity to the Forest Protection Force unit office (at Natnussa), the officer informed. gns