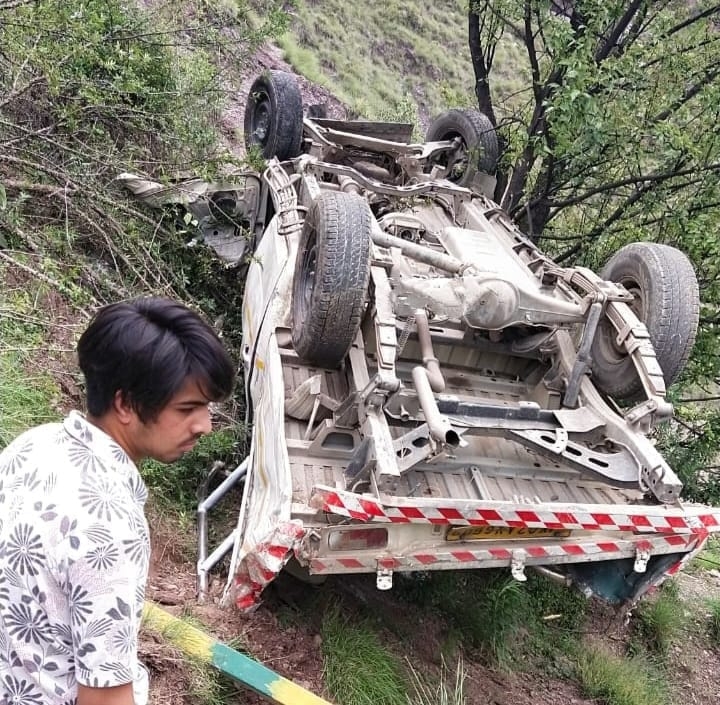 Poonch, May 8: A 4-year-old boy died and three persons were injured when a vehicle they were travelling in skidded of the road and rolled down 100 metres down in a gorge along Rajpura Balnai road in Mandi area of Poonch on Saturday.

They said a Xylo (JKO2AK-6609) fell down the gorge, apparently after driver lost control of the vehicle at Rajpura link Road.

Four persons onboard the vehicle including a minor were injured and shifted to Sub District hospital Mandi.

However, they said, the minor Abdul Rayees (4) son of Shah Mohammad was declared brought dead while others, Ghulam Qader (35) son Abdul Ahad, Imtiaz Ahmed (20) son of Mohammad Abdullah and Sulaman (10) son of Ghulam Qader , all residents of Azamabad Mohalla Irinar , were referred to District hospital Poonch.

SHO Mandi Bashir Kohli said the accident and said that body of the minor handed over to the family for last rites. He said a case has been registered. gns