‘Sehrai left unattended by authorities till his condition worsened’: Hurriyat 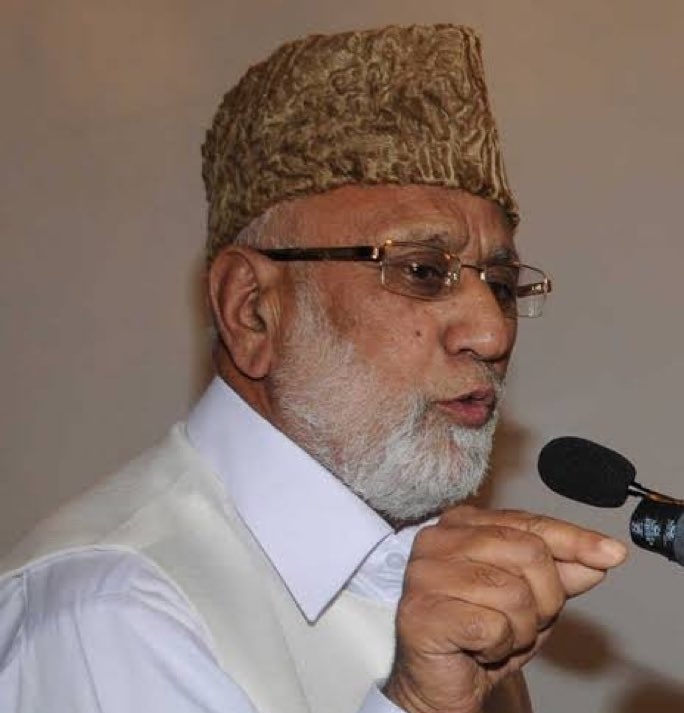 Srinagar: All Parties Hurriyat Conference (APHC) expressed deep grief and sorrow at the demise of veteran leader and TeH chief Mohammed Ashraf sehari who after developing serious breathing problems in Udhampur jail where he was lodged  died at GMC Jammu .

Quoting family sources, APHC in a statement said, Sehrai sahab was suffering from multiple ailments and despite repeated requests by the family that his health was deteriorating in jail,  he was left unattended by the authorities till his condition worsened yesterday and he died.

APHC deeply regrets this inhumane attitude of the authorities and is pained by It, the statement said.

“Despite repeated appeals to release political prisoners lodged in various jails on humanitarian grounds in view of the devastating covid catastrophe, authorities are playing with their lives,” statement said adding in the death of sehari sahab people of J&K have lost a sincere able and an honest leader”.

Paying rich tributes to Sehrai APHC said that he was  dedicated to his party and its ideology and worked tirelessly and selflessly for the the people’s movement, suffering lockup’s and jails in the course of his life.

It said that Sehrai’s contribution to the people’s movement will always be remembered and honoured by the people .