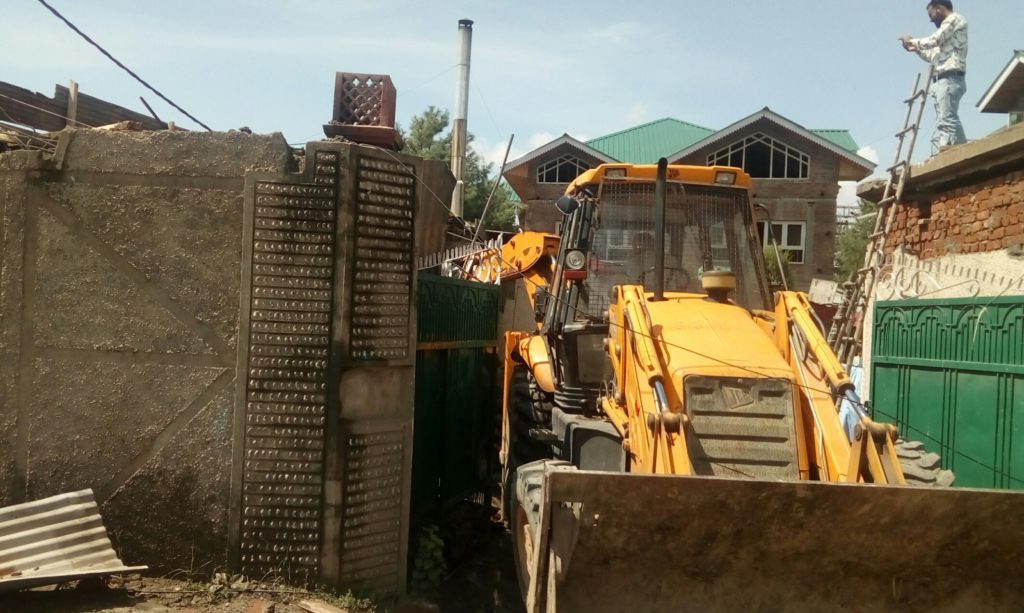 Srinagar: A demolition drive of Srinagar Municipal Corporation (SMC) turned into a fist fight on Saturday at Maloora area of Srinagar after locals of the area pelted stones on the corporation’s demolition team.

Reports said that a demolition drive team led by deputy Mayor of SMC, Parvaiz Qadri, Chief Enforcement Officer Mudasir Banday and other officials turned into a battle ground after locals at Maloora area of outskirts of Srinagar district attacked the demolition team with stones. However the squad continued dismantling structures in the area that were constructed without any permission from the authority.

Reports said some vehicles of SMC and other private vehicles were damaged in the incident.

Locals of the area while talking to media said, “We have paid a huge amount to the concerned Ward officer and concerned councillor of ward 32 Shahzad Ahmad, besides other officials of the corporation”.