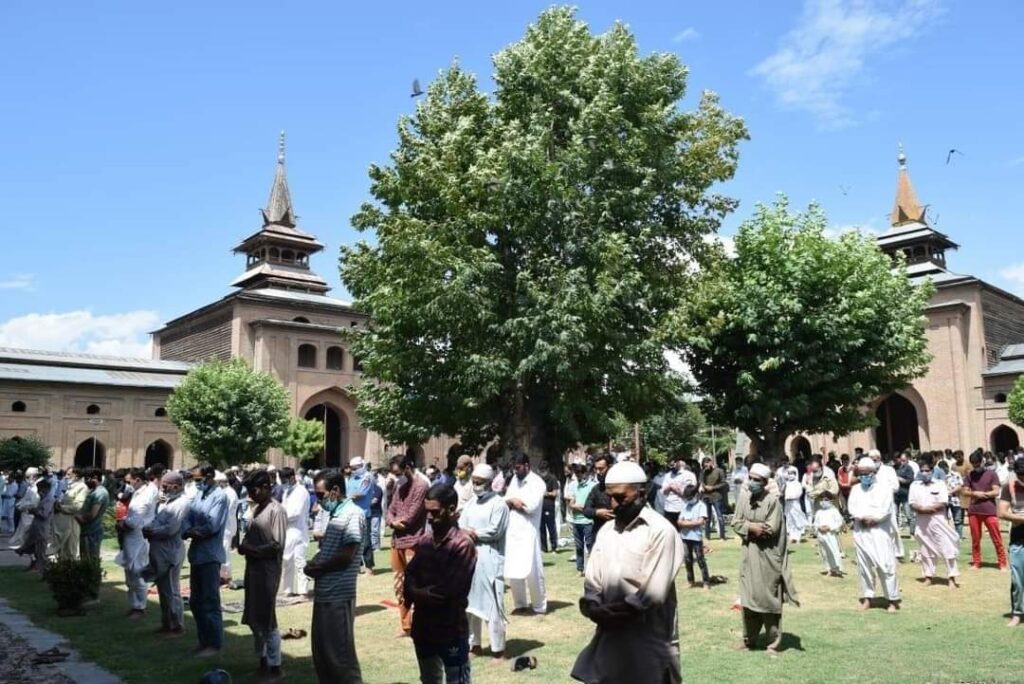 Srinagar, Apr 09: The management of Jamia Majid here in Srinagar has decided that there shall be no congregational Fajr and Isha prayers at the Masjid during the holy month of Ramadhan.

Auqaf Jamia Masjid member said  that the decision has been taken in wake of the government’s decision about impose if night curfew to prevent COVID-19 from spreading.

“It has been decided that only three prayers including Zuhar, Asr and Maghrib will be offered at historic Jamia Masjid here while the religious place will remain closed for Fajr and Isha prayers including Taraveeh,” he said.  kno