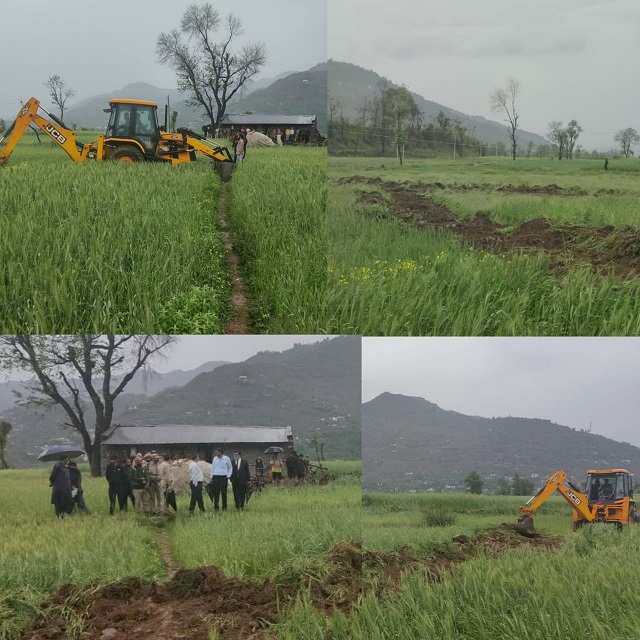 POONCH, APRIL 06: Tightening the noose around the encroachers, District administration Poonch carried out an anti encroachment drive and retrieved around 253 Kanal State Land in village Bhainch and Kunuyan.

The market value of the land as per the stamp duty rates is approximately 7 crore, the govt. said in a statement.

A team of revenue officials on the directions of Deputy Commissioner, Inder Jeet reached the site and retrieved the land illegally occupied by a group of locals. During the drive, all encroachments and obstacles raised by the encroachers were removed.

Meanwhile, the Deputy Commissioner has urged the people to avoid illegal encroachment of the government land. He further stated that similar action shall be taken against all encroachers in the times to come. The land so retrieved   could be used for various developmental projects as per the requirement.

The general public of the area appreciated this step of the administration. They hoped that all the genuine issues of the district shall be resolved soon under the leadership of the incumbent Deputy Commissioner. They further stated that it was a long pending demand of the people, which was addressed today.