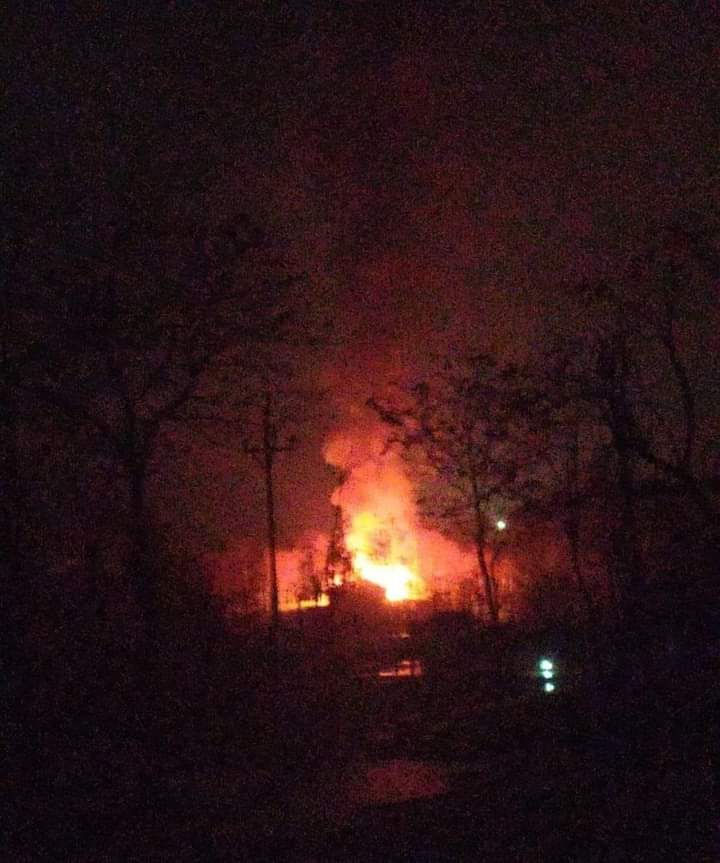 Srinagar, April 5: : A 35-year-old woman and her 5-year-old son were killed in a fire that broke out in a house and spread to adjoining areas at Haftchinar Srinagar overnight, officials said on Monday.

The fire, cause of which is not known so far, started at around 11:00 p.m. last night and before it could be doused off, three houses, a shop and a godown of cartboards were completely damaged while attic potion of a house suffered partial damage, the officials said.

“The woman and her minor son were found inside a bathroom attached to the attic portion of one of the completely damaged houses,” they said, adding, “The mother-son duo was shifted to SMHS hospital where they were declared dead on the arrival.”

The deceased have been identified as Ajmeera Sheikh(35) wife of Ghulam Mohammad Sheikh and their son as Abbas Sheikh (5).

An official of the fire and emergency department told GNS that a call was received at 11:08 hours and fire tenders moved within a minute to reach the site which falls within the jurisdiction of Shergari Police Station. After hectic efforts, the fire was immediately brought to control and prevented from spreading to other houses in the densely populated area.

A police officer said that a case has been registered and investigations are underway to ascertain the cause of fire which is said to have started from the house of Ghulam Mohammad Sheikh who lost her wife and minor son in the tragic incident. “