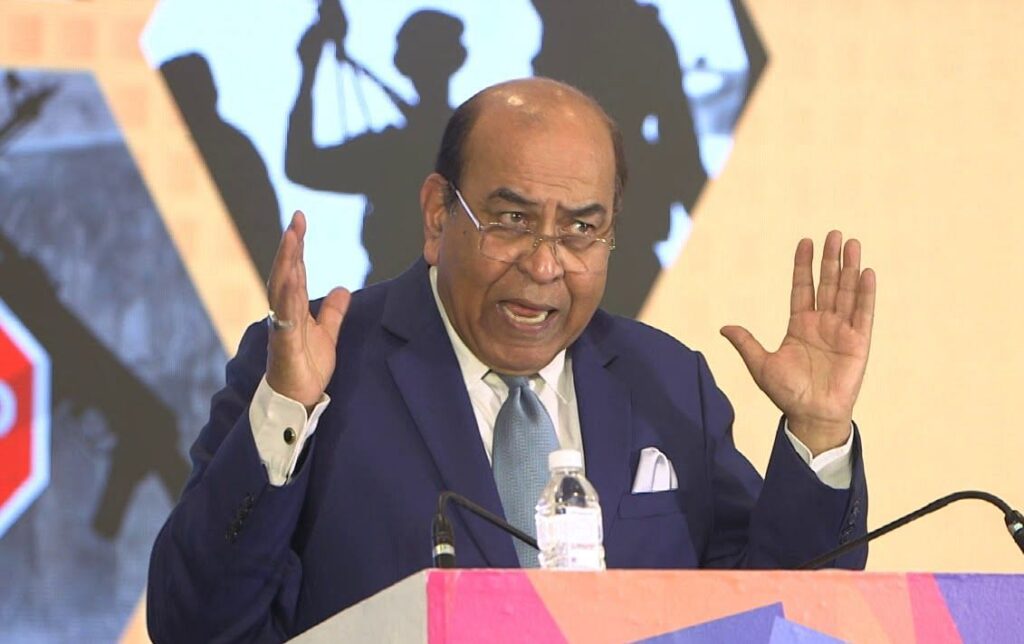 Baramulla, April 05: Former Army General Syed Ata Hasnain on Monday remarked that dialogue is the only way out between the two neighbouring nations for creation of a conducive and peaceful atmosphere for the people.

Lt. Gen. Retd. S A Hasnain, said that things in Kashmir will be fine and people will live a peaceful life once both nations will go for a full-fledged dialogue.

With the two neighboring countries extending a hand to each other and agreeing to adhere to all ceasefire agreements, a senior defense experts Monday said that there is a peace across the union territory of Jammu and Kashmir and dialogue is the way forward to plug all the disagreements besides forgetting about the past.

The Defence officials of India Monday organized a mega ceremony to honor the Next of Kins (NoK’s) and family members of Jammu and Kashmir security forces personnel, who laid their lives while discharging duties.

The remarks about the peace between the two neighboring countries were made by the former Army Lt General SA Hasnain at an event in North Kashmir’s Baramulla district stating that dialogue is potent to settle down the things.

Addressing the reporters on the sidelines of the event, the former Army officer said that “I am very connected to the peace of Kashmir and with dialogue everything will be good and settled.”

He said that if Pakistan wants to extend peaceful relations with India there will be peace but it must have some clarity about the decisions made there.

Recalling the service days rendered in Baramulla district, the former GoC of Srinagar 15 Corps said that “I was posted in Uri when the two governments of India and Pakistan agreed to a ceasefire along the borders and even at the time of Karavan -E-Aman between the two nations.”

He stated that Pakistan must be clear about its decision since they extend a hand for peace and trade but within no time the decisions are revered and there is no clarity about who is the decision-maker.

Pakistan talks about forgetting about everything that has happened in the past to develop relations with us but the next minute everything is reversed, the former general maintained.

He maintained that there is peace across Kashmir and everything must start with a dialogue in the valley with a new beginning. He also said that once the confusion about the decision-making ends in Pakistan only then there will be peace.

It may be recalled that in February in a joint statement released the two Director Generals of Military Operations (DGMOs) of India and Pakistan in a meeting decided to strictly adhere to all the ceasefire agreements along the Line of Control (LoC) and other sectors from the 25th February.

Earlier in a tweet Army informed that a Bridage command level flag meeting between India and Pakistan Army was held at Poonch-Rawalkoote Crossing on 26 March to discuss the implementation mechanism as per the understanding.