Around 30 persons injured as bus overturns in Akhnoor Jammu 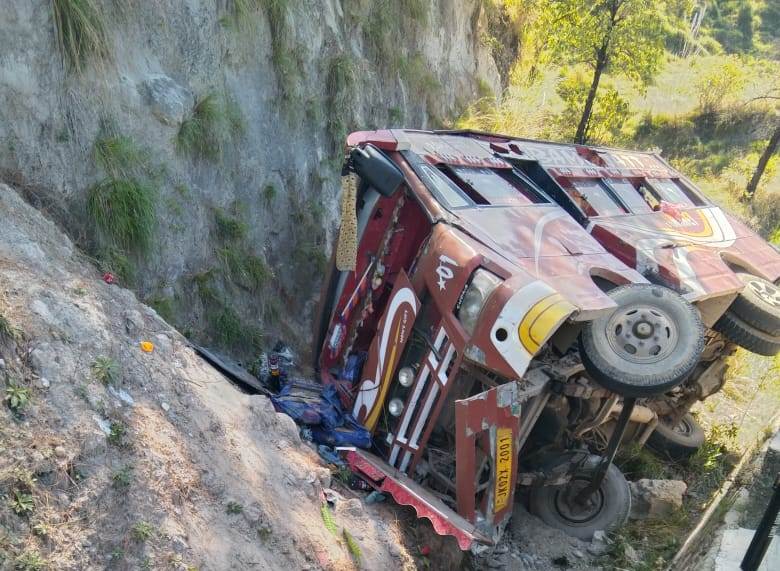 Jammu, April 01: Around 30 persons from a single village were injured when a vehicle they were travelling in met with an accident in Akhnoor area of Jammu on Thursday, officials said.

They said a Matatdor (JK02X -2001) carrying the villagers to a religious place turned turtle at Mazama, resulting in injuries to around 30 persons.

SDPO Akhnoor Varun Jandyal confirmed  the accident and said that the injured belonged to single village.

The injured persons belong to Majama village of Phalawala in Akhnoor. gns