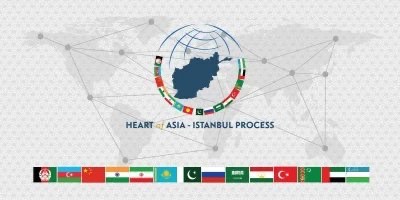 Kabul: The city of Dushanbe in Tajikistan on Monday hosted the ninth “Heart of Asia – Istanbul Process” ministerial conference that will continue for two days, which will focus on building regional consensus around Afghan peace, Tolo news reported

On the first day of the conference that was attended by senior officials of member nations, the Deputy Afghan Foreign Minister Mirwais said international terrorist groups and drug traffickers undermine efforts for peace in Afghanistan.

He called on Afghanistan’s regional and international partners to exercise their influence on Taliban for a ceasefire.

He noted that the Afghan peace process is a chance for all to vision a new future for regional cooperation and connectivity.

President Ashraf Ghani who arrived in Dushanbe on Monday morning will attend the meeting on its second day, March 30, and will join representatives from at least 50 countries and international organizations, according to officials.

The meeting is expected to have a significant impact on the ongoing peace efforts for Afghanistan.

The meeting is held two weeks ahead of the upcoming peace conference in Turkey, which is expected to change the direction of the ongoing peace efforts.

The participants will issue a statement at the end of the conference.

The Heart of Asia conference was launched in 2011 as an initiative by Kabul and Ankara to help Afghanistan achieve peace. 15 countries are members of the conference and host it once every year.

The conference was not held in 2020 due to the coronavirus pandemic. (Tolo news)