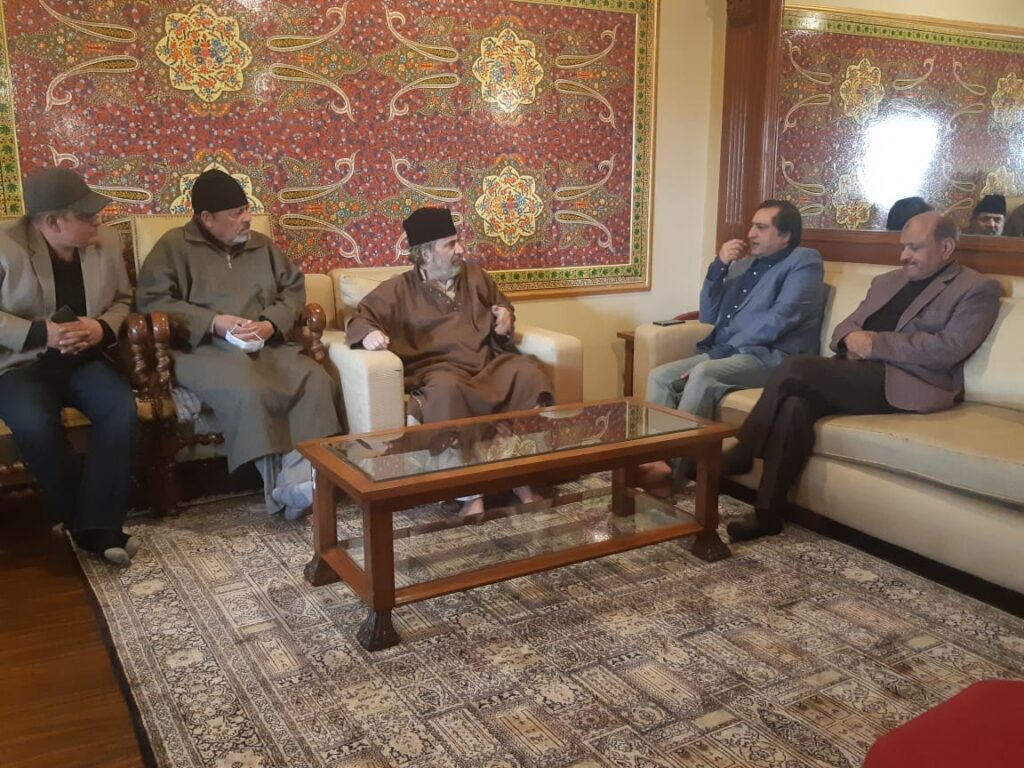 Srinagar, Mar 17: In a major political development, veteran politician and former deputy chief minister Muzaffar Hussain Baig on Wednesday returned to the Peoples Conference after a gap of more than three decades.

Baig’s joining has come as a major boost for PC, as it is expected to strengthen the party in Kashmir Valley especially Baramulla district.

“The relations between PC and Baig warmed up after the former supported Safeena Baig during the DDC chairperson elections held last month,” sources privy to the development said.

Baig, who served as deputy chief minister of Jammu & Kashmir, had parted ways with PDP in November 2020 over its seat-sharing arrangement with National Conference in DDC polls.

In the DDC elections held in November- December last year, PC emerged as the single largest party in Kupwara and Baramulla by respectively winning five and three seats.

Baig has twice represented Baramulla Assembly segment before he was elected as member parliament in 2014.

Sources disclosed that more political leaders from different parts of J&K are likely to join PC in the next few weeks.

“The biggest advantage for PC is that it has presence in almost every segment of north Kashmir.This electoral advantage seems to be favouring PC,” they said.

In a statement issued here this evening, a PC spokesman said that Lone accompanied by senior party leaders today visited the residence of Muzaffar Hussain Baig, former Deputy Chief Minister and one of the most prominent leaders of J&K.

“They confabulated with Baig on a range of issues afflicting the people of J&K in these difficult times. Sajad Lone on this occasion invited Baig to once again return home and be a part of the party from where he started his political career. He impressed upon Baig that the need of the hour is that people like him should share their experience, expertise, knowledge and political wisdom for the betterment of J&K,” the party said.

According to the party spokesman, Baig keenly participated in the confabulations and after detailed discussion expressed his pleasure in being able to be a part of the party from where he started his political career.

The party spokesman quoted Baig as saying that it gives him immense pleasure to be a part of the party which he joined as a youth and was groomed by Late Abdul Gani Lone sahib.

Baig, as per the PC statement, said that in his entire public life he had causes for being happy and many causes where he was disappointed where he felt that he couldn’t do enough or didn’t have time to do enough.

He said that quite often he found that the leaders didn’t have the requisite exposure or the capacity to be able to contribute at a scale and at a level that he or she is supposed to do.

He expressed his great desire to contribute by grooming youngsters and building their capacity to a level where they can actually rise up to the occasion and rise up for the people of J&K.

Lone thanked Baig and reiterated that the entire party looks up to him and believes that at this juncture he has a great role in helping the people of J&K to navigate the turbulent and treacherous waters.