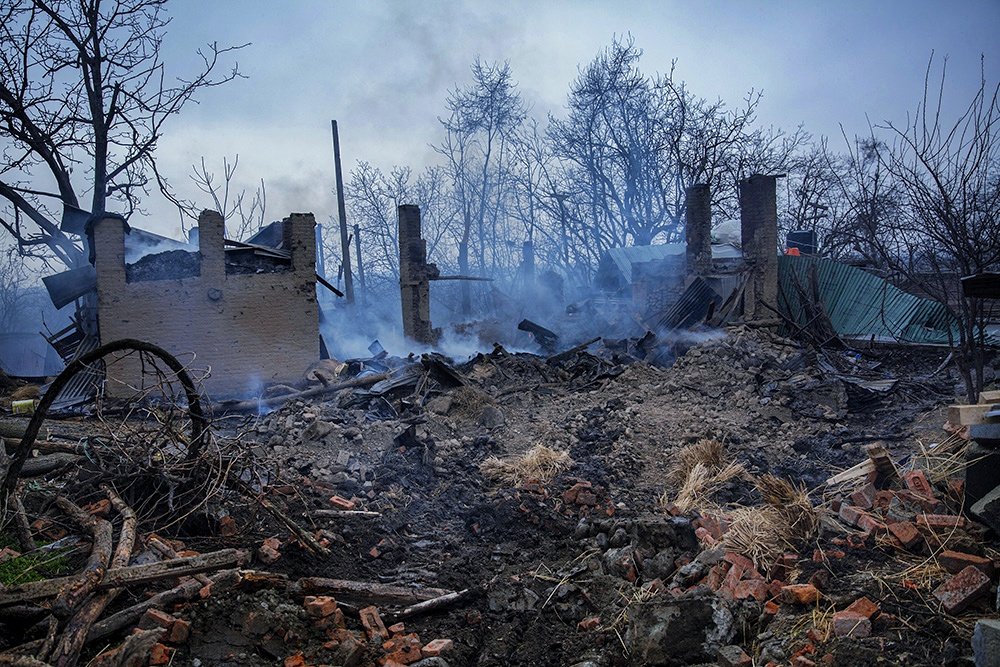 Smoke comes out from debris of a house at a gunfight site in village Kandipora-Bijbehara of Anantnag district, about 48 km south of Srinagar city. Picture and Caption Javed Dar

Srinagar, March 11:  Two local Jash-e-Mohammad militants were killed in an overnight gunfight with a police, CRPF and army in Bijbhera area of south Kashmir’s Annatnag district, official said on Thursday.

Also, mobile internet services, snapped in the south Kashmir district were restored after the gunfight ended around noon.

The gunfight had ensued after a police along with army’s 3 Rashtriya Rifles and local unit of paramilitary CRPF launched the joint cordon-and-search-operationat around 1805 hours on March 10 amid specific input regarding the presence of militants in village Kandipora Bijbehara, a police spokesman said.

“During the search operation, as the presence of (militants) got ascertained, they were given opportunity to surrender. However, they fired indiscriminately upon the joint search party, which was retaliated, leading to an encounter.”

Due to darkness, he said, the operation was suspended while the cordon remained intact throughout night with joint team installing lights to prevent militants from escaping.

“Today in the morning, repeated announcements were again made to the hiding (militants) to surrender but they fired on the joint search party and the fire was retaliated, resulting in the killing of two hiding (militants),” the spokesman said in a statement.

The slain have been identified as Adil Ahmad Bhat of Shithpora Bijbehara and Zahid Ahmad Rather of Sirhama Anantnag, affiliated with JeM.

“As per police records, both the killed (militants) were involved in several (militant incidents) including attacks on security forces and civilian.”

The police said “incriminating” materials including arms and ammunition were recovered from the site of encounter.

“All the recovered materials have been taken into case records for further investigation and to probe their complicity in other militancy related incident.”

He said that a case under relevant sections of law has been registered and investigation has been initiated.

“People are requested to cooperate with police till the area is completely sanitized and cleared of all the explosive materials, if any.” gns