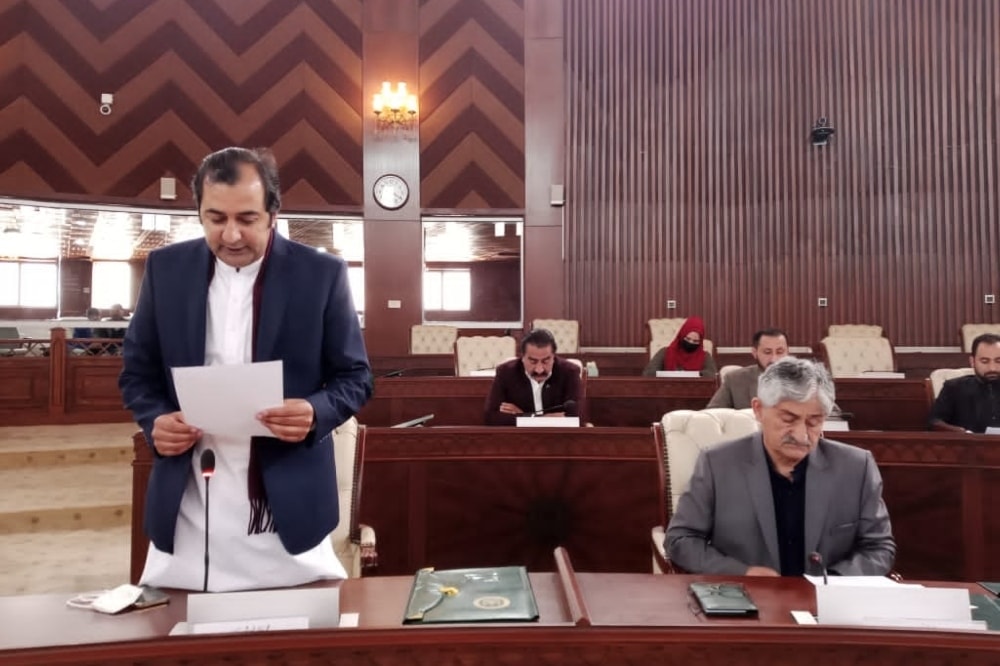 The resolution stated that a bill to amend the Constitution to declare GB a provisional province of Pakistan should be passed by Parliament without causing any damage to the country’s stance on the Kashmir issue.

This house reiterated that the people of “GB will continue their moral and political support to the people of occupied Kashmir in their struggle. The resolution was passed by the house unanimously”.

The GB Assembly secretariat also forwarded a copy of the resolution to the Prime Minister’s Secretariat.

Thanking the opposition and the government members, he said: “The demand for constitutional rights is a unanimous demand of the people of GB, not that of an individual/ party. The unity we’ve shown on this issue needs to be repeated again at a federal level.”

In November last year, Minister for Kashmir Affairs and Gilgit-Baltistan Ali Amin Gandapur had announced that the federal government had decided to elevate the status of GB to a province.

In December, Prime Minister Imran Khan constituted a 12-member committee to make recommendations in this regard. Dawn