All parameters of ‘violence’ in Kashmir have come down: Lt Gen BS Raju 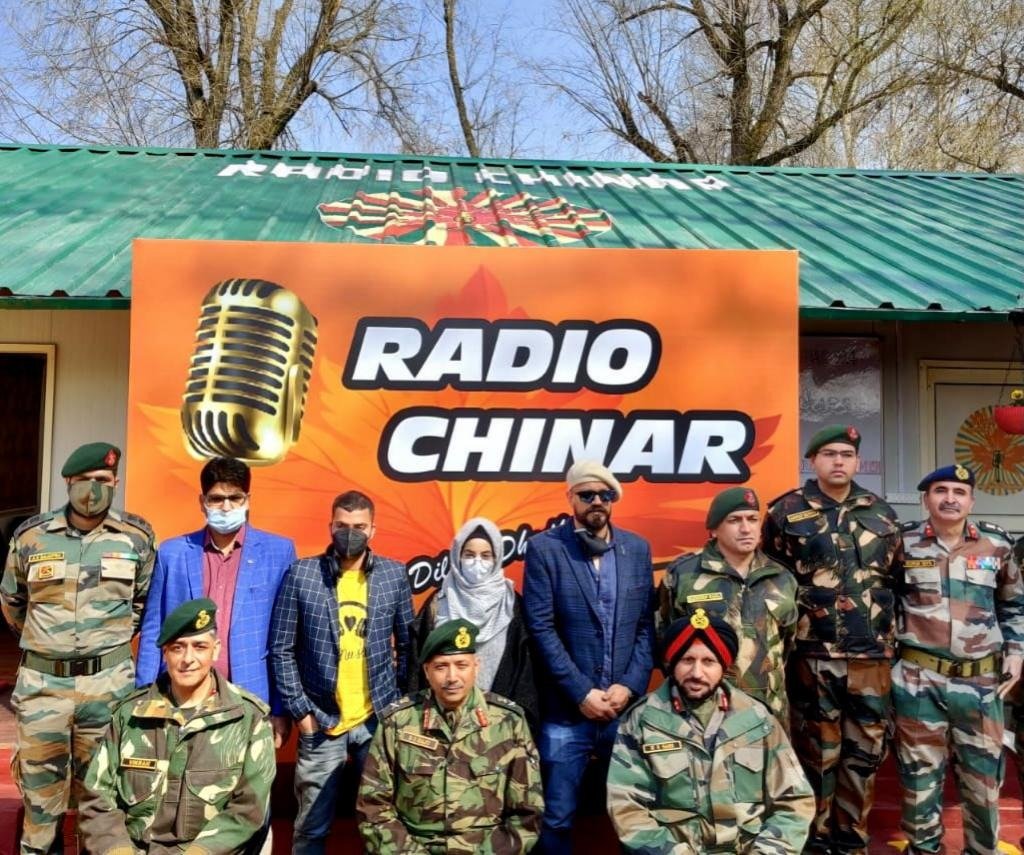 Sopore, Mar 4: Maintaining that the peace is prevailing across the valley, General officer Commanding of Srinagar-based 15 Corps Lt General BS Raju Thursday said that all the parameters of violence in Kashmir have come down including the “stone-pelting, agitation, and bandh calls besides the overall environment is changing.”

GoC 15 Corps Thursday formally inaugurated the Chinar Radio FM station in Sopore in presence of the GOC Kilo Force and other top officers.

GoC Raju while addressing the reporters on the sidelines of the inaugural ceremony, said that the entire north Kashmir will enjoy the presence and service of the radio station and any local information can be aired on it.

Besides entertainment, he said that the administration can use this as well for different announcements and the local talent can use this platform to showcase theirs.

Highlighting the uses, the GoC said that the FM station can be used to highlight grievances and raise demands for blood and other things.

“Altogether it’s an important tool through which people of this area can be connected and hopefully, this project will be a success,” he said.

The Lt-General informed that some four months back a community radio has been started in south Kashmir and in the next couple of months two more will come up in Kashmir that will give radio coverage to native areas.

To a question, he said: “Today we can interact with the people of Sopore in a much positive manner.” He said, that,  “Yes there were challenging times in Sopore but things are beginning to change and people here have come close to Army. We both are moving forward towards peace.”

He also said that they are seeing a very stable environment and “I have stated earlier as well that all the parameters of violence have come down whether the stone-pelting, agitation, and Bandh calls.”

“People in the valley are looking more forward to peace”, he said. “They want to get dividends of change of the environment taking place and even the COVID-19 has come under some control.”

The GoC said that, “I see a lot of economic activities taking place. A large number of tourists coming to the valley and all are moving in the right direction.”

About the Radio Chinar project, the Lt General Raju said: “I think this is an important project for me not for anything else because it’s an opportunity to connect with the larger population in one go and what better to connect through than music?”

“I am confident that the quality of music that will be played will be outstanding and more than the music it’s an opportunity for the local talent to come up and display their talent,” GoC Raju said. “We are going to have a lot of local talent to come and perform so that their parents and relatives can listen to them in the evening and as the talent gets recognized there are opportunities pan-India to perform.” He impressed upon the general public to make good use of the station and stated that any public information can be aired on it