‘We will continue to protest till our demands are not met’: Pak origin wives of ex-militants 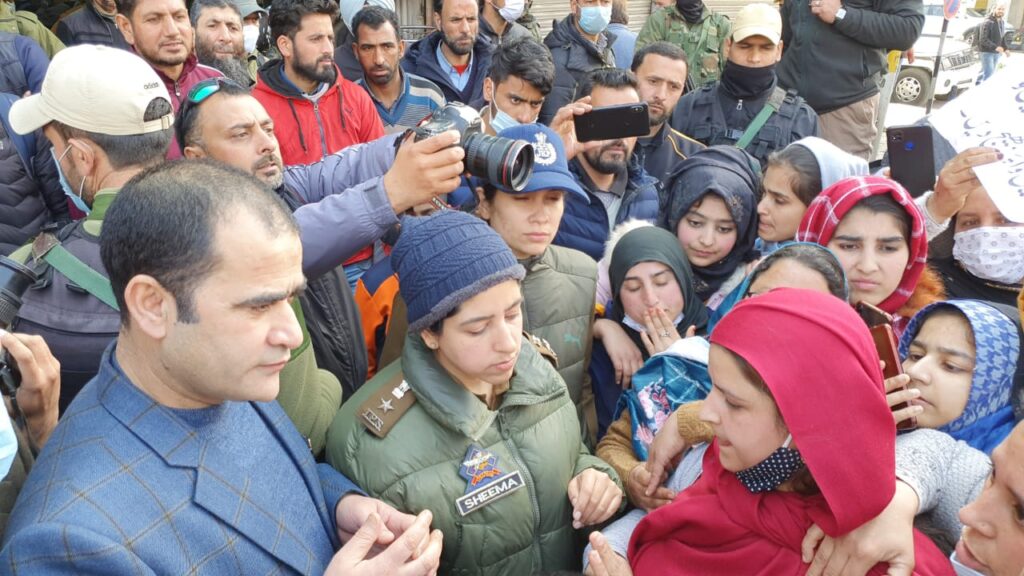 Srinagar, Feb 23: Reiterating their long pending demand to government of providing legal travel documents back, Pakistani wives of ex-Kashmiri militants, who returned from across the Line of Control (LoC) under a rehabilitation scheme on Monday again carried out a protest rally in Kashmir capital Srinagar.
Dozens of wives assembled here at Press Enclave Srinagar and carried out a protest rally from Press Colony to Lal Chowk for their demand of availing travel documents, so they can fly back to their homeland.
They said that despite their repeated protests, the government has turned deaf ears towards them and have failed so far to address their genuine issues.
“If the government can allow the ladies among us to contest the DDC polls why aren’t they providing us our travel documents back,” they asked?.
Saira who lives in Kupwara said: “We have our families on the other side of the border, we too are humans and we want to meet our loved ones.
She said that they have knocked on almost all the doors but don’t know why their voices go unheard.?
“If the government does not accept us, they should deport us to Pakistan. In the first place, they should accept us because our husbands are Kashmiris and we have not done any crime by marrying them. Kashmiri is the citizen of India and so are we,” she said.
She said that they do not want anything from the government but only travel documents so that they can visit their homes.
“When the government can provide citizenship to Adnan Sami then why do not they give citizenship to us. Have we done any crime by marrying Kashmiris? The government is behaving with us as if we are terrorists,” she said.
Saira said that the government should accept them as they have children and have families. “Even Sania Mirza married a Pakistani cricketer and she is now a Pakistani national but she continues to represent India, then why cannot we be provided citizenship,” she said.
They have again reiterated their demand and have appealed to both governments in Pakistan as well as in India to provide them back their travel documents and facilitate them in meeting their loved ones.
Hundreds of Kashmiri men who went to Pakistan Administered Kashmir for arms training in the 1990s and early 2000s came back with wives after then Omar Abdullah-led J&K government introduced a “rehabilitation scheme” in 2010 for those who had crossed over to the other side of the LoC between 1889 and 2009.
However, a decade later, the policy has left behind a trail of broken families, domestic abuse, unemployment and for many wives of former militants, a yearning for their home. kdc, kno