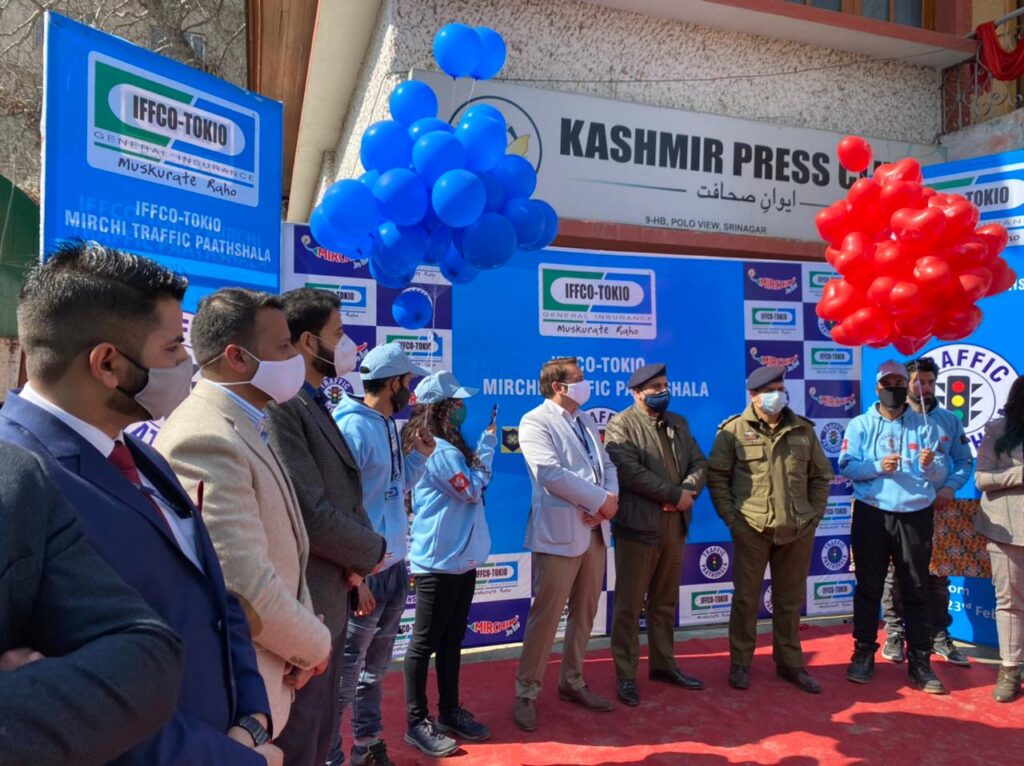 At these spots, volunteers with traffic awareness placards will sensitise commuters about Road Safety and traffic rules from today till 23rd of February.

“It is a dynamic process which requires all stake holders to come forward.’’ said Senior Superintendent of Police (Traffic) Mr Javid Ahmad Koul. He further went on to say that several multi level parking spots are coming up which would ease the traffic mess in the city.

In a joint presser 98.3 Mirchi FM, a Nationwide network of private FM radio stations in India, IFFCO TOKIO General Insurance officials and J&K Traffic Police officials agreed to the that all stakeholders need to come forward and adhere to traffic rules.

Radio Jockey Mehak quoted data from Traffic department 2010, in which 3865 accidents happened in Srinagar City and 694 lost their lives since 2010.

“It is about lives. This is the reason we collaborated to spread awareness. As RJs, me, Rafia, Vijdan; we all get so many calls related to the traffic issue,” said RJ Mehak.

On the event, ASP Srinagar said, Zahoor Ahmad said, “To establish a good traffic management system, people need to empathise with other people while parking their vehicles. They should follow those rules and know about the three Es of Traffic: Education, Engineering and Enforcement.’’