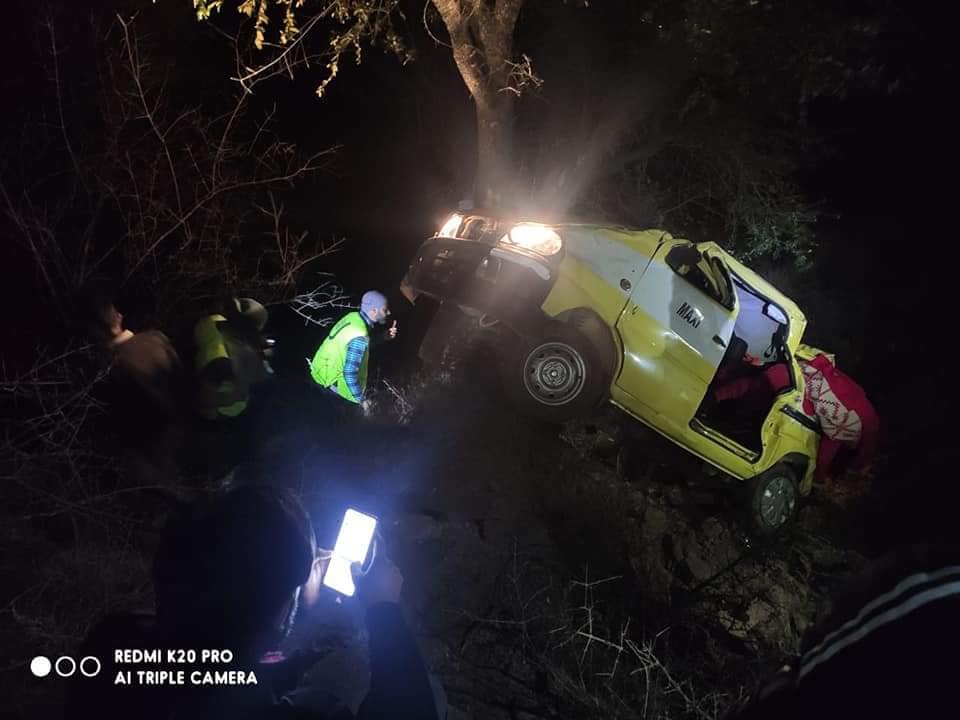 Doda, Feb 15: Five members of a family were killed while a minor girl escaped miraculously after a vehicle they were travelling in met with an accident at Ragi Nallah in Doda district of Jammu division.

Officials said  that an accident took place when a vehicle (Ecco) plying on Doda-Batote stretch of Chenab Valley plunged into a roadside gorge at Ragi Nallah near Assar in Doda district.

They said the driver has lost control over the vehicle and fell into a deep gorge, resulting in on spot death of five members of a family.

Police said that during initial investigation, it came to the fore that a total of six persons were travelling in the vehicle and five bodies were found lying at the gorge.

“We launched a rescue operation at the accident site during which three-year-old Anaya, daughter of deceased Ajit Singh was found lying nearby who escaped miraculously in this tragic accident,” the officials informed.

The minor girl is having minor injuries but is stable and out of danger, they said, adding that she has been shifted to Doda district hospital for treatment.