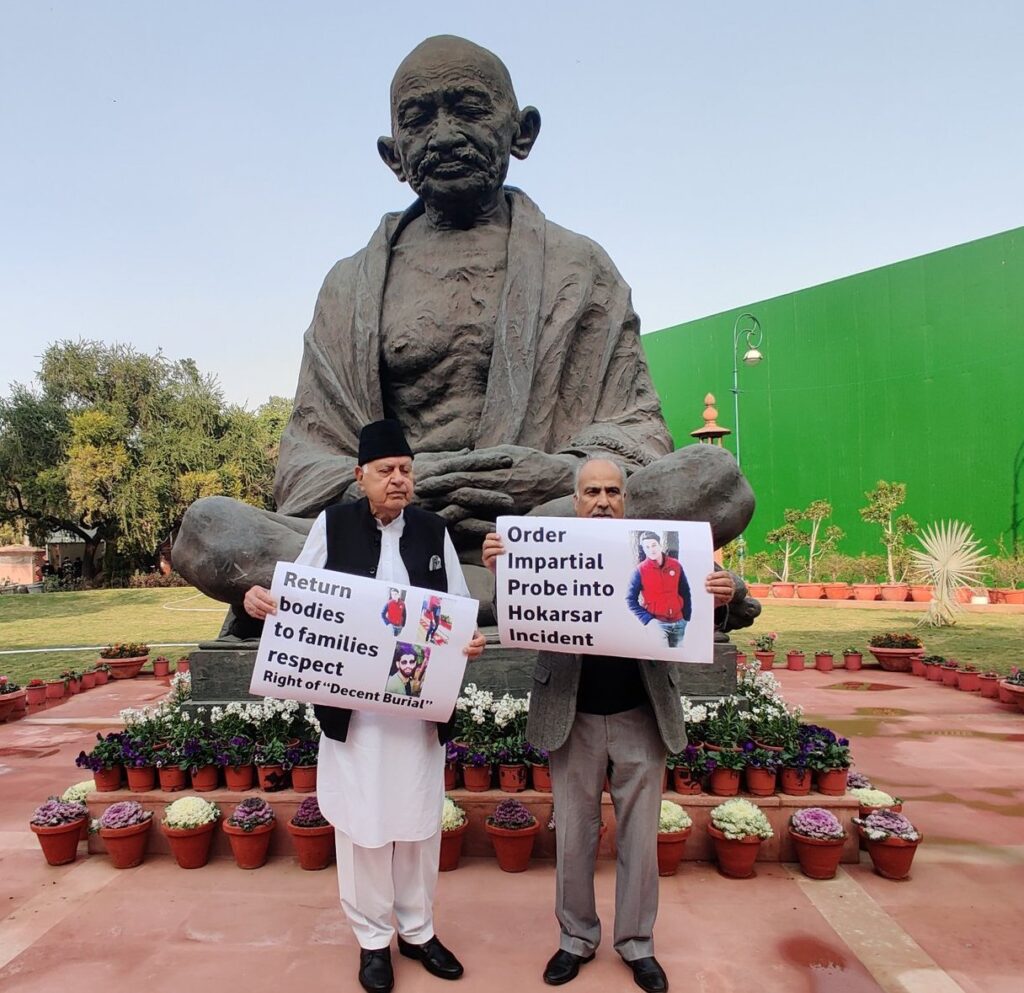 New Delhi, Feb 10: The Jammu and Kashmir National Conference Member of Parliament from Anantnag Hassnain Masoodi on Wednesday raised the issue of Hokarsar killings in Lok Sabha demanding time bound probe into the incident and return of dead bodies of three slain youth to their families.

While raising the issue, Party’s Member of Parliament, “The time bound inquiry and follow up in the Ashmi Pura Fake encounter case has been widely appreciated by the people.

In that incident the slain youth were found to be innocent. The finding had set good precedence. Later in December last year, three youth were again slain in Hokarsar area of Srinagar Suburbs, the entire matter is shrouded in mystery. Police and CRPF have sided away from the case.

The killings have created misgiving among people because of contradictory versions of the family and the forces. Therefore a thorough probe into the incident is much needed to reveal the truth. The right to decent burial has even been respected by our constitution; therefore I request the government to ensure speedy inquiry into the issue. Meantime, the bodies of slain youth should also be handed over to their families on humanitarian basis,” he said.

While the honorable MP was raising the question, the Prime minister and the Home minister were seated on treasury benches. MP Masoodi said that an early inquiry into the incident would help establish the facts leading to the death of youth, who their families claim were innocent.