Peace with India cannot be at the cost of Kashmir: Pak army chief 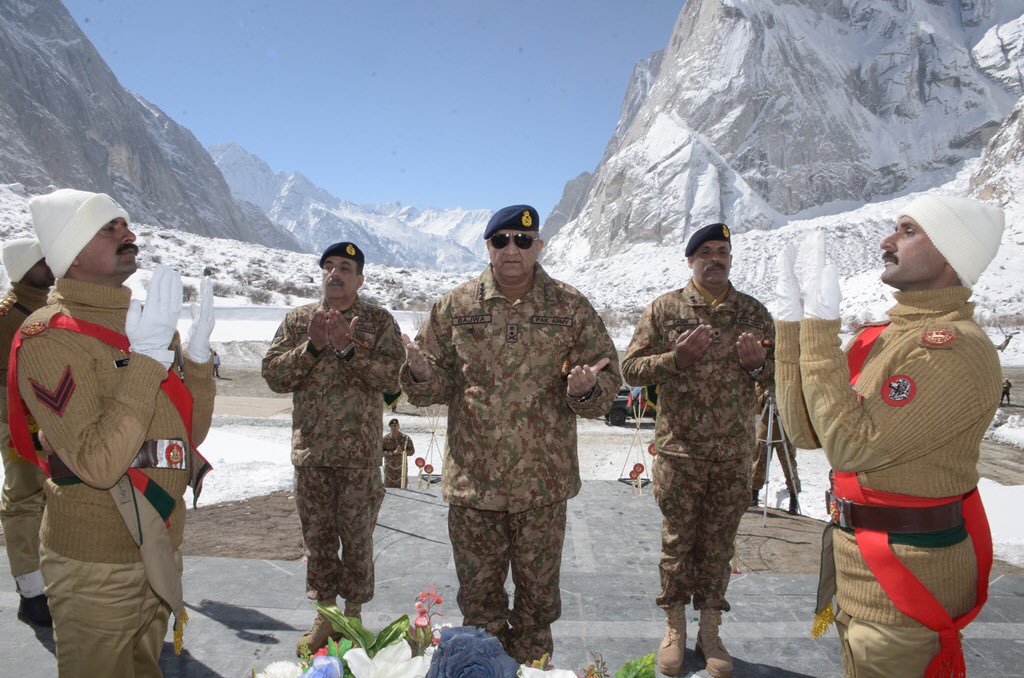 ISLAMABAD: Army Chief Gen Qamar Bajwa said on Tuesday it was time for recommitting to peace for the secure future of the region, Dawn news reported.

“It is time to extend hand of peace in all directions,” Gen Bajwa said at the graduation ceremony of 144th GD (P), 90th Engineering Course and 100th AD courses at PAF Academy, Asghar Khan, in Risalpur. The army chief was the chief guest on the occasion.

According to the Dawn, Pakistan relations with India have been particularly tense since it illegally “annexed Kashmir in August 2019”.

“Pakistan has made several gestures to India, but the BJP government has not reciprocated them. While some progress has lately been witnessed in the relationship with Afghanistan because of Pakistan’s role in its peace process, it is too early to say if the improvement is sustainable,” the report said.

Quoting Gen Bajwa, the report said the army chief recalled Pakistan’s peace credentials, saying: “Pakistan is a peace-loving country that has rendered great sacrifices for regional and global peace. We stand firmly committed to the ideal of mutual respect and peaceful co-existence.”

The army chief, however, emphasized that peace with India cannot be at the cost of Kashmir, the report added.

Bajwa, however, cautioned against mistaking Pakistan’s desire for peace as a sign of weakness.

“The armed forces of Pakistan are fully capable and prepared to thwart any threat,” he said.

He specifically emphasised the enhanced inter-services coordination and jointness as an important element of country’s preparation against the ‘enemy designs’.

The army chief said the inter-services coordination had also delivered improved internal security environment. In this regard, he specially commended the ‘critical role’ played by the Pakistan Air Force in the war on terrorism.

“The outstanding courage and professional excellence displayed by brave air warriors of Pakistan Air Force during Operation Swift Retort is a manifestation of our resolve and capability. The whole nation is proud of its air force and I earnestly hope that PAF will scale new heights of glory and excellence in the years to come,” he said. (Dawn)