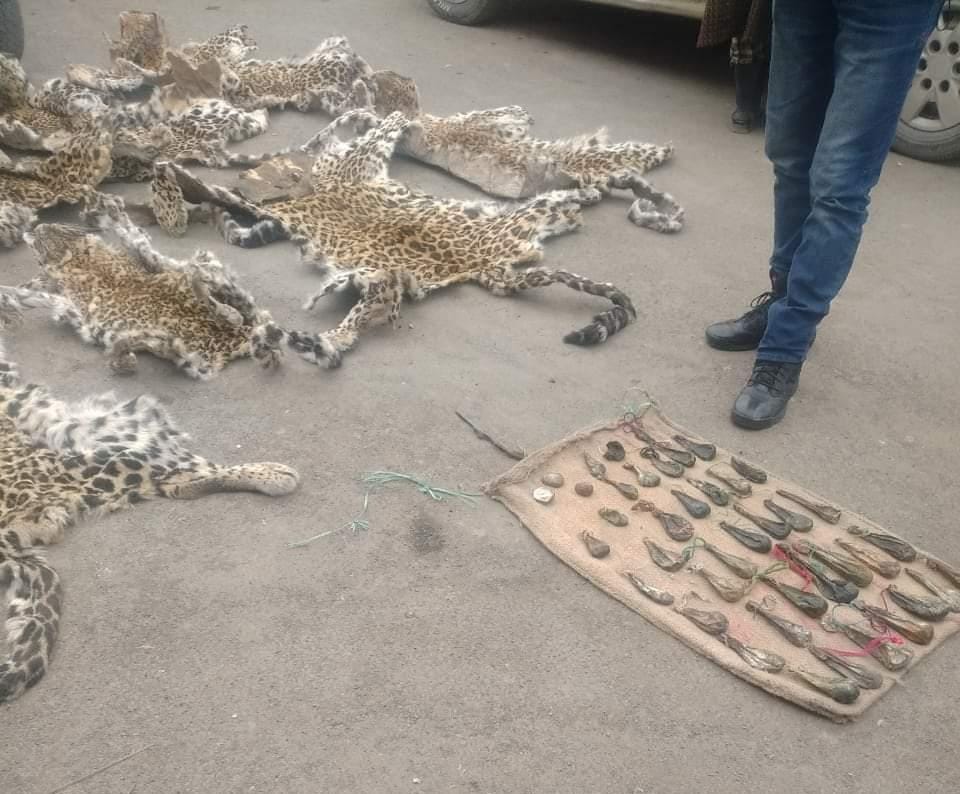 Anantnag, Jan 30: Wildlife officials and police arrested one person and recovered a number of leopard and other forest animal hides and body parts from his possession in Anantnag district of south Kashmir on Saturday.

The arrested person has been identified as Gul Mohammad Ganai son of Abdul Rehman Ganai of Shirpora Anantnag. “There were specific information against him and previously he gave slip. Yesterday we received information and we raided his house and carried out the recoveries.”

Regional Wildlife Warden Rashid Naqash said that an FIR is being registered in connection with case after completion of seizures. (GNS)