Two persons missing, another injured as truck falls in Nallah in Ramban 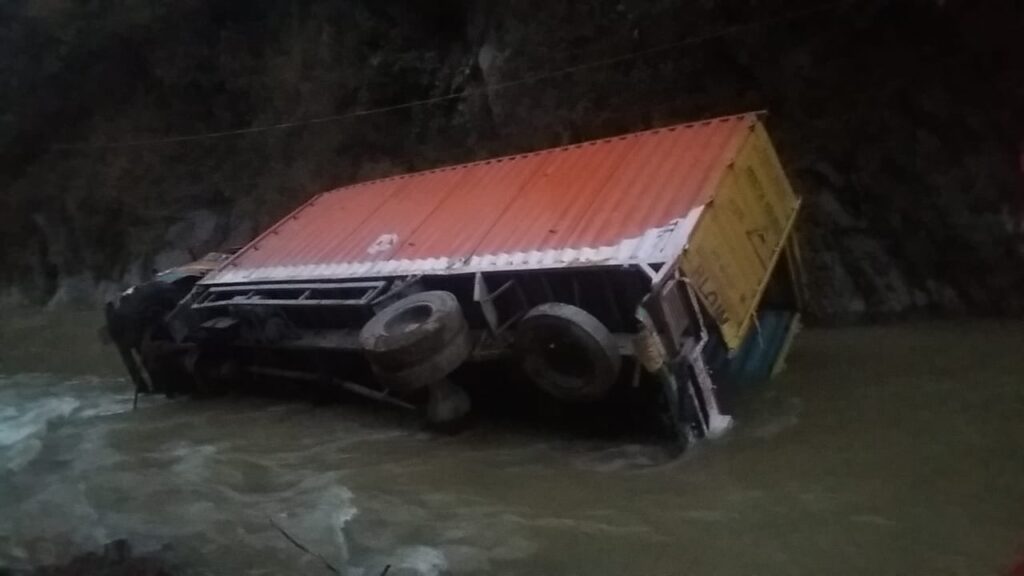 Jammu, Jan 18: Two persons are missing while another was rescued in injured condition after a canter truck they were travelling in fell into a nallah near Ramsoo along the Jammu-Srinagar highway on Monday morning.

Official sources said that the truck (HR38-1633) skidded off the road and fell down at Sher Bibi area of Banihal in Ramban district.

Soon a rescue operation was launched by police and members of quick response team besides locals including members of NGOs. The rescuers were able to pull out one person in injured condition and he was later shifted to hospital. Driver and another person on board the truck are missing and searches are continuing for them, SHO Banihal Nahiem Matoo told GNS.

When this report was filed, the rescuers were in pursuit of finding the missing persons. (GNS)