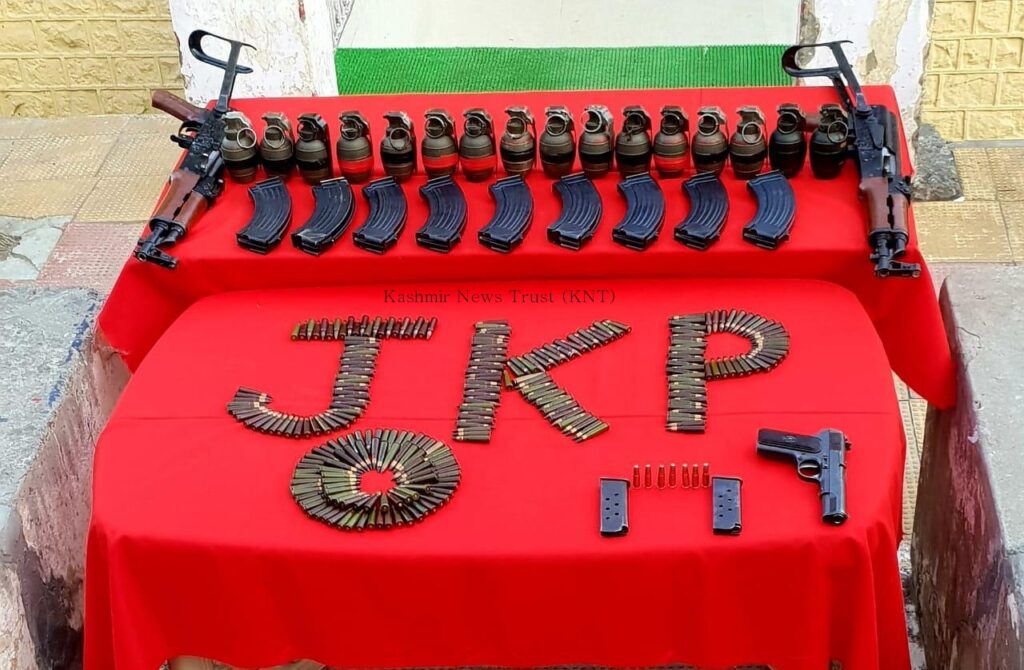 Srinagar, Jan 18: Police Monday said that it arrested two militant associates who had smuggled weapons to Kashmir after a drone had dropped them at Vijaypore Samba along Line of Control in Jammu region.

A police official said that Joint Forces after receiving input busted a militant module by arresting two Valley based militant operatives and recovered huge cache of arms and ammunition from their possession.

The police said initial investigation reveals that these two militant operatives viz, Umar Ahmed Malik and Suhail Ahmed Malik, both residents of Semthan Bijbehara area of South Kashmir’s Anantnag district, working under a militant plot hatched by Kashmir based militants and their Pak based Jaish-e-Muhammad handler Aqib alias Alfa from Central Kashmir’s Budgam clandestinely travelled from Kashmir to the International Border at Vijaypur, Samba and received arms and ammunition dropped with the help of Drones.

The police official said that 2 AK-47, one pistol, 16 grenades, 9 AK-47 magazines, 269 pistol bullets and 2 magazines were recovered from these two militant associates.

“The investigation has been set into motion and more arrests are expected in coming days,” the official said.