Amid stand-off with China, CDS Rawat concludes his two days visit to forward areas of Ladakh 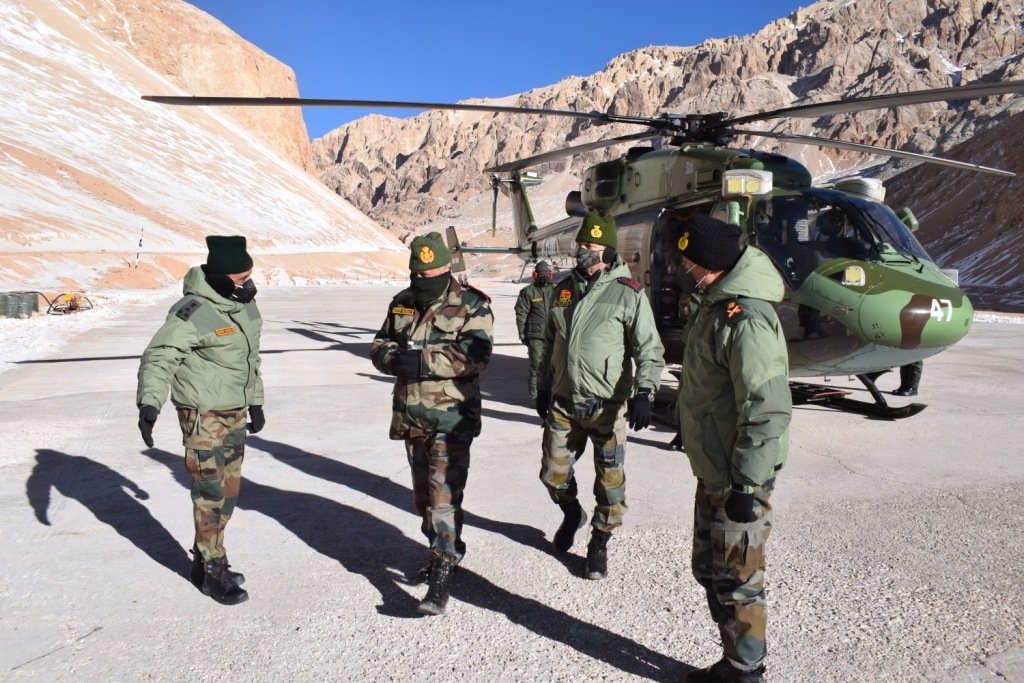 Leh, Jan 12: The chief of defence staff (CDS), General Bipin Rawat Tuesday concluded his two day visit to Leh during which he visited the forward areas in Eastern Ladakh and reviewed the situation and operational preparedness.

CDS General Bipin Rawat Monday reached Leh and was received by the GoC of Fire and Fury corps based in Leh.

Defence sources said that CDS General Bipin Rawat in his two days visit interacted with the troops besides met the LG Ladakh, RK Mathur and was briefed about the situation by GoC Fire and Fury corps.

They said that General Rawat visited forward areas of Ladakh on the second day of his visit and reviewed the operational preparedness.

“CDS was briefed by local commanders on the prevailing operational situation”, they said.

Defence sources said that he also interacted with the troops deployed in forward areas and appreciated their high morale and motivation in defending the territorial integrity of the Nation.

They also said that earlier on arrival CDS was briefed about the prevailing situation and operational preparedness by the GoC Fire and Fury crops.