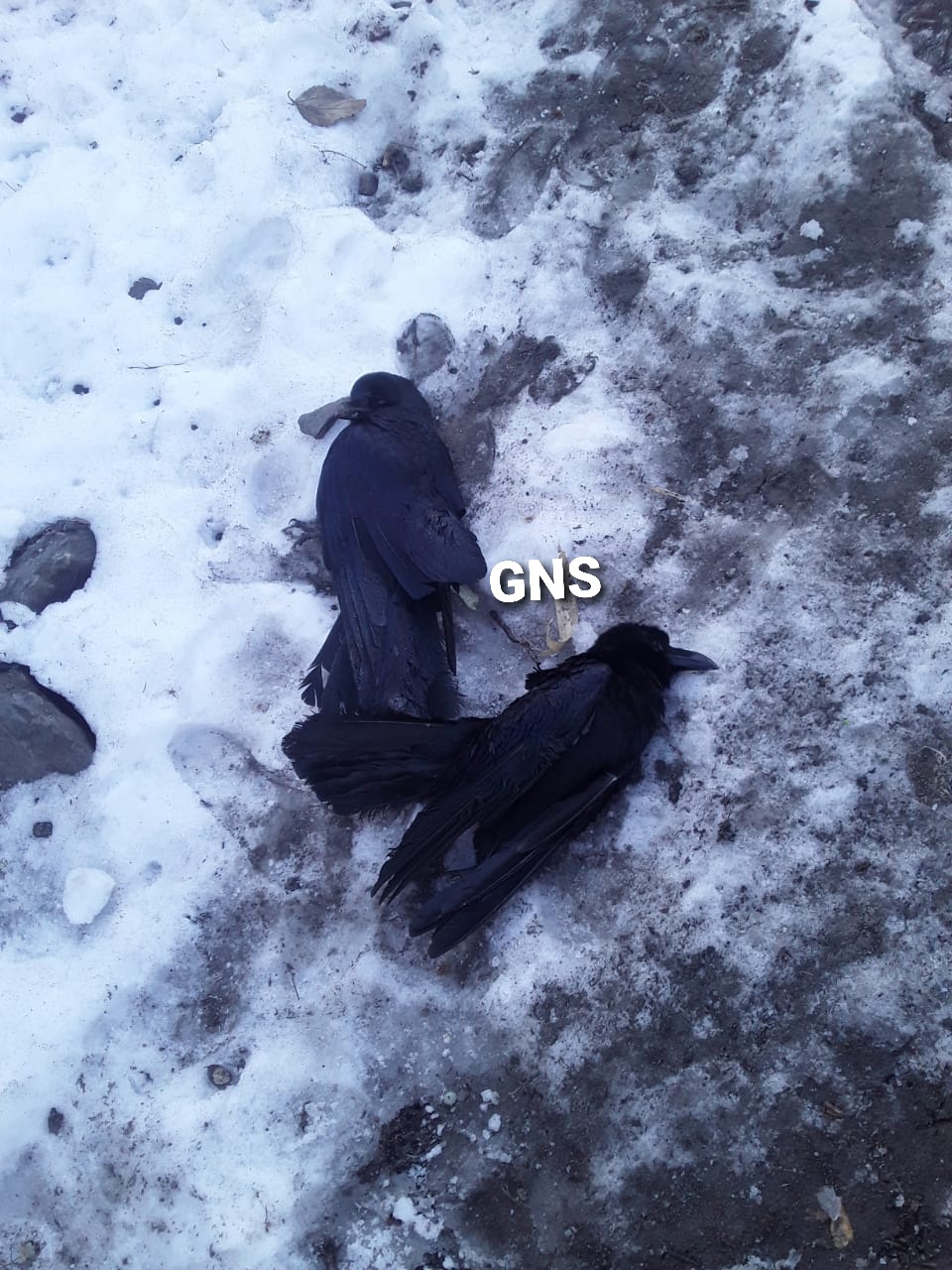 According to locals, the crows and eagles were found dead in villages like Chollan, Dani Seydan and Paranpillan, triggering panic among locals.

The locals requested the local administration to send the teams to the villages to ascertain the cause of deaths.

Chief Animal Husbandry Officer Baramulla Dr Syed Mohd Anwar Andrabi said that there was no need to panic. “They might have died due to starvation or cold. We are looking into it,” he told GNS, adding, “A team will be sent to these villages tomorrow. They will also be collecting the samples for testing.” (GNS)