‘New Delhi should keep this in mind that human heart can’t be conquered through repressive measures’: Mehbooba Mufti 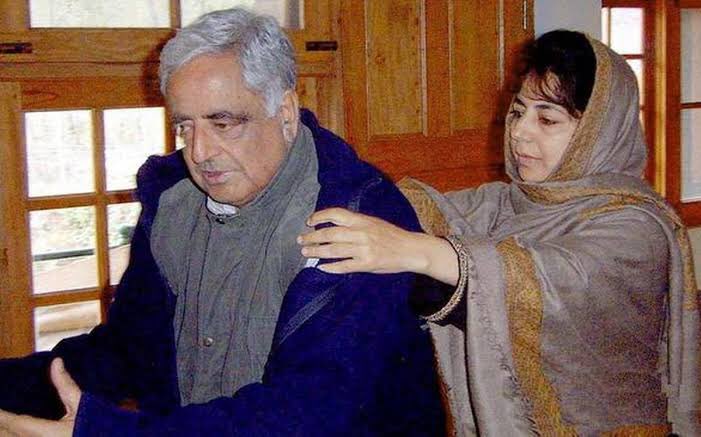 Mehbooba who was talking to reporters on the sidelines of a death anniversary of PDP founder and former CM Late Mufti Mohammad Sayeed in Bijbehara area of south Kashmir’s Anantnag, urged New Delhi to desist from employing forcible measures in J&K and act upon the path of dialogue and reconciliation.

“Everyone knew it that there is no solution to Kashmir dispute other than the path showed by Late Mufti, so we have to opt his way if we seek peace and prosperity in the region”, she said.

The former CM said New Delhi should keep this in mind that human heart can’t be conquered through repressive measures. “BJP should keep eye on America who has called of its troops from Afghanistan and want dialogue with Taliban”, she added.

“J&K was a crown of India and a majoritarian Muslim state but still it offered hand to India in 1947, so people of India should know that decisions taken on August 5, 2019 were part of repressive measures and people of J&K have got more alienated to New Delhi instead of strengthening the existing bond”, Mehbooba said.

While praising the role of Late Mufti in bringing peace in the region, Mehboobs said that today all of us know that Late Mufti’s vision was “practicable”. “Late Mufti was repeatedly saying that Garneat Se Na Goli Se, Baat Banegi Boi Se (Neither with grenades nor with bullets, things will be sorted out through dialogue)”, she said.

She urged New Delhi that peace can be achieved through bonhomie between India and Pakistan. “Late Mufti was of this opinion that people of J&K should be given space in peace & reconciliation process instead of pushing them into bloodshed, besides ensuring cordial relations with pakistan, ceasefire on borders and irrelevance of borders like Muzaffarbad stretch”, Mehbooba according to KNS said.

Without naming BJP, she said “You can imprison a person but not his ideology”.