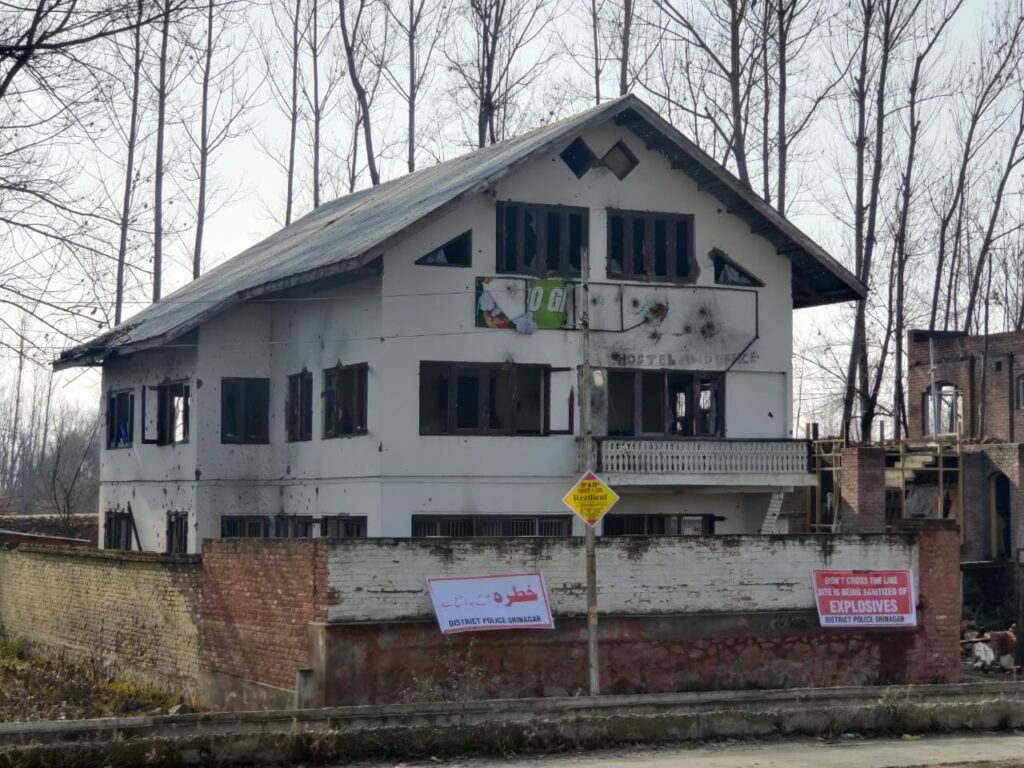 Srinagar, Jan 4: Police on Monday released two brief videos in which army personnel can be heard offering surrender to “trapped militants” inside a house at Hokersar Lawaypora here on December 29 last and as also next day.

“On 29/12/20 evening after the cordon at #Hokersar, troops are repeatedly #appealing the trapped #(militants) to come out and #surrender with assurances that they will not be harmed,” police said in the tweet. In the 27-second a drone can be seen outside hovering around house while an army man makes offer of surrender: “You are given a chance to surrender. Leave weapons and come out. We assure you that you will not be harmed. Hands up and come out.”

Three youth— 24-year-old Ajaz Maqbool Ganai from Putrigam Pulwama, 22-year-old Zubair Ahmad Lone from Turkawangam Shopian and Athar Muhstaq Wani from Bellow, Pulwama, were killed on December in the “encounter” at Lawaypora. Police have claimed that the trio was militants despite no case registered against them even as families have consistently rejected the claim.

The “encounter” was launched on the inputs of army and eventually fructified into a joint operation of the Army, CRPF and Police, a police spokesman had said. “After the cordon was laid, militants lobbed grenades from inside and fired upon the search party. As per the SOP, troops repeatedly appealed to the militants to surrender in the evening and again in the morning. However, instead of surrendering, they fired upon the troops and were eventually neutralized in a firefight,” the spokesman had added. (GNS)