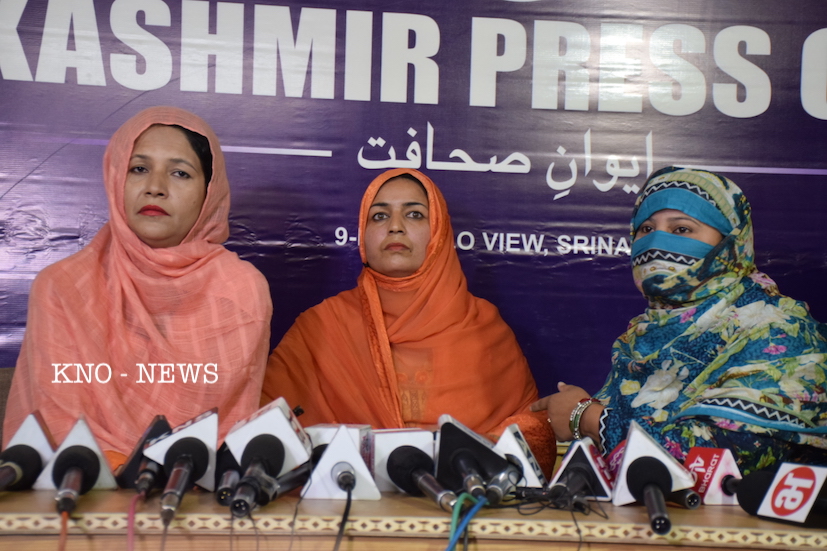 Srinagar, Jan 04: Stating that Kashmir is not a safer place for them, Pakistan origin Kashmiri brides on Monday reiterated their demand of deporting them to their residences in Pakistan-administered Kashmir (PaK).

Addressing a news conference here, the Pakistan origin Kashmiri brides said that the Pakistan embassy has been writing to the foreign Minister almost every month, seeking permission to the women to visit their homes.

“We want the government of India to allow us to return home to meet our dear ones there. The government has rejected us as citizens and it makes no sense for the authorities to stop us from deporting back to our residential places,” they said.

“We have knocked almost all the doors but don’t know why our voices go unheard. When a Pak origin Kashmiri bride Somiya Sadaf contested the elections recently, she was allowed to do so. But, soon when we raised our voices then the government stopped counting on the particular seat where from she was contesting. It seems the government was in deep slumber when many Pak origin women were elected as Sarpanchs and Panchs,” they said.

Bushra, one among the Pak origin women asked why was her nomination form accepted when she had done anything wrong.

“We want justice and want the government here to deport us back to Pak as we are not being considered as the citizens here,” she said.