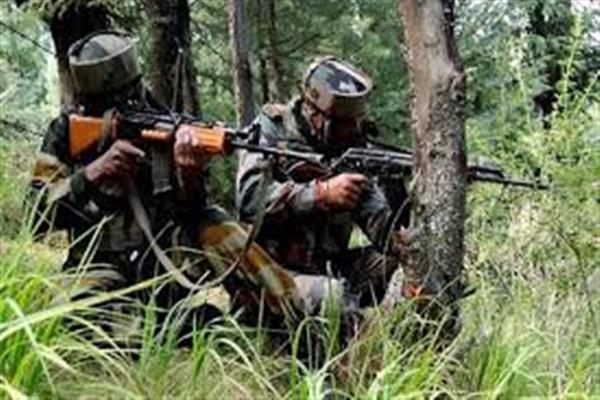 Jammu, Dec 29: At least 450 Village Defence Committees (VDC) are functional in Jammu and Kashmir for which males as well as females have been trained for self-defence and to counter any attack by Anti-National Elements (ANEs), Army said on Tuesday.

As per a statement, Lt Col Abhinav Navneet PRO Defence, said that all the members are trained by security forces personnel in elementary battle craft, field craft and weapon handling.

“Conflict is as old as the existence of mankind. The structures and process for conflict execution have differed over the ages, impacted by prevailing cultural, social, economic and technological positions. One such conflict that has been the centre of all the discussions in all forums is ‘militancy’. The union territory of Jammu and Kashmir has seen over three decades of militancy and insurgency in the area. This militancy has devastated not only the state administration, but also the lives of the people,” the statement said.

It added that the government responded to it primarily by employing security forces but militancy can only be defeated when the local populace rejects it. “Terrorism targets persons and property normally considered protected under the laws of war. Regular police officers (PO) may be augmented by Special Police Officers (SPO). They provide paramilitary manpower that may be used in field force fashion to extend the reach of regular police forces. To defend local populace, local areas may form Village Defence Committees (VDC).”

The statement added that Village Defence Committees (VDCs) were first set up in the mid-1990s in the Chenab valley area of Jammu and Kashmir for the self defence of people in remote hilly villages against militancy.

“They consist of villagers as well as police officers. Troubled regions of far flung villages of Jammu and Kashmir were heavily manifested with militancy and there were no police or army pockets near these inaccessible villages.”

“VDCs were set up and were trained by security forces, were provided with weapons and wireless sets to counter militant attacks. At present, 450 such VDCs are now functional in Jammu and Kashmir for which males as well as females have been trained for self-defence and to counter any attack by Anti National Elements. All the members are trained by security forces personnel in elementary battle craft, field craft and weapon handling.”

“The concept of VDC is not restricted to only the self-defence of far flung villages, but it also enhances the image of SF in the local populace. The increasing terrorism could only be stopped with the help of locals, the security grid and intelligence input can work flawlessly with the help of locals only.”

After the rise of VDCs, the statement said that anti-national elements who relied on local support by hook or by crook have realized the potential of the system. “Remote hilly areas of Jammu now act as small defensive units. This not only helped in reduction of militancy, but regular inputs by villagers also helped in identifying and curbing the infiltration routes often used by militants.”

VDCs have worked wonders when it comes to establishing the normalcy in the area, it said. Pertinently, the first female VDC was set up in twin villages of Marrah and Kulali, which became a role model for others.

“Women of such areas have established fine examples when it comes to save lives of not only their own family but also the entire village. The security lapses and the intelligence input gaps could only be covered with the help of VDCs. The primary reason for the prevailing conundrum in J&K is essentially internal. Steps like establishment of VDCs not only help locals in combating terrorism, but are also measures to win hearts and minds of the people of J&K. The day is not far when entire population of Jammu and Kashmir will unite and stand against the terrorism and will supplement the strength of backbone of India.”.