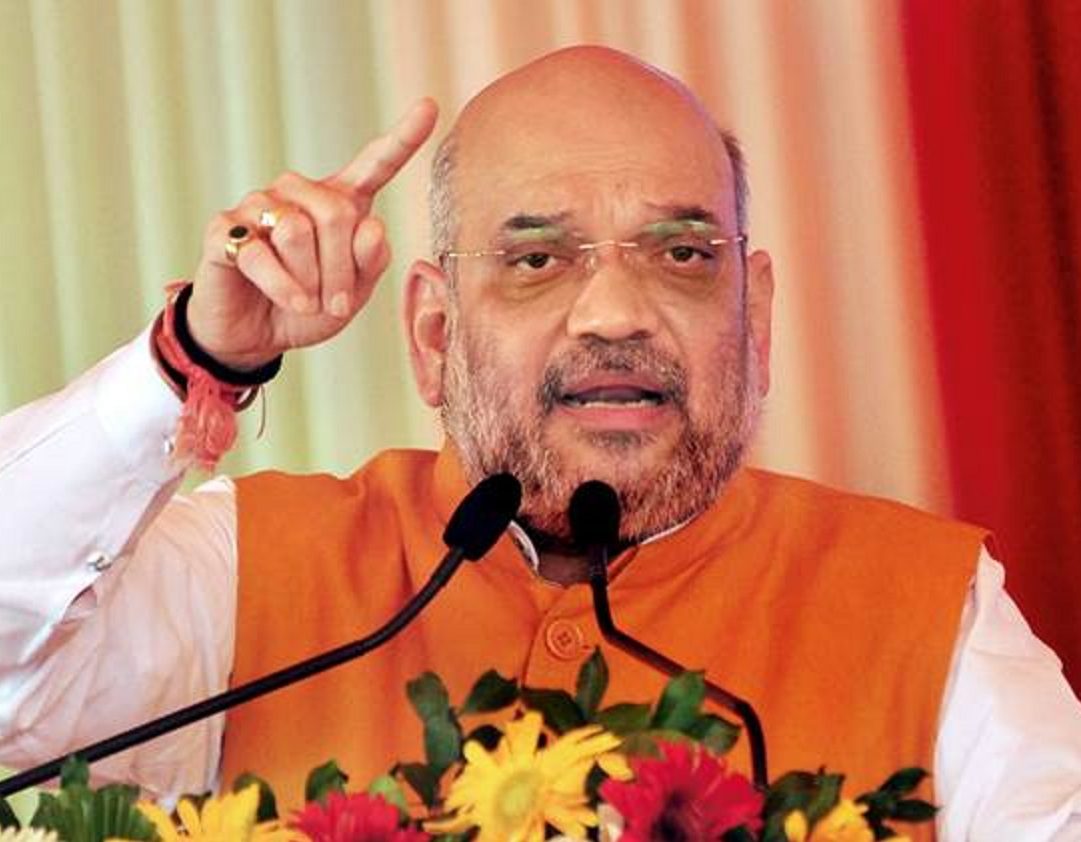 Srinagar, Dec 26: Union Home Minister Amit Shah Saturday said that the hectic efforts put in by the Prime Minister Narendera Modi led government since 2014 for the J&K’s development, peace and infrastructure building have starting bearing fruit and today J&K is witnessing most peaceful atmosphere first time in past three decades.

Shah said that post-August 5, 2019, developmental schemes got a big boost and huge infrastructure building initiatives are in full swing while a “secure and peaceful atmosphere is prevailing for the first time since 1990.”

Addressing the twin gatherings in Srinagar and Jammu through virtual mode on the eve of inauguration of Ayushman Bharat-Sehat scheme by Prime Minister Narendera Modi, the Union Home Minister said that without peace and security, development and tourism was not possible. “I am glad to see tourism picking up in Kashmir,” he said and expressed gratitude to Lieutenant Governor of J&K Manoj Sinha.

Shah said that efforts put in the Prime Minister Narendera Modi in 2014 for better and safe J&K have started bearing fruit. “Post August 5, 2019, developmental initiatives and infrastructure building received a big push and all projects small, medium or big are being taken to logical conclusion at a great speed,” Shah said. He said that times ahead will be known as the “most peaceful era” in J&K.

On the Ayushman Bharat-Sehat scheme, Shah said that today was a very significant day for the people of J&K as the scheme will take care of the poorest of the poor. “Under this scheme, every single member of the family will get Rs 5 lakh health insurance cover and there are 229 government hospitals and 35 private hospitals empaneled for this scheme to serve the poor,” he said, adding that “time is not far when ailing lot of J&K won’t need to come to Delhi or any state of India for treatment as they will get quality treatment right in their own region or district.”

Boasting on the recently concluded DDC polls, the Union Home Minister said that for the first time elections were held “without shedding a single drop of the blood.” “I was glad to see a huge number of people coming out to take part in the elections. Now that the three-tier panchayat raj system is in place in J&K, the local representatives elected will take up the governance related issues and resolve them on priority. Money will directly reach villages and districts rather than the J&K administration,” Shah said.

He said by conducting peaceful polls, the Government of India has fulfilled its promise of taking democracy to grassroots level in J&K. Shah felicitated the LG Manoj Sinah and his team for smooth conduct of DDC Polls in J&K. “In every meeting that is chaired by the Prime Minister regarding JK, focus remains on Development, infrastructure building and creating a secure and peaceful environment in the UT. I would like to mention here that PM Modi and his team is committed to take J&K to new heights on developmental front,” Shah said—(KNO)