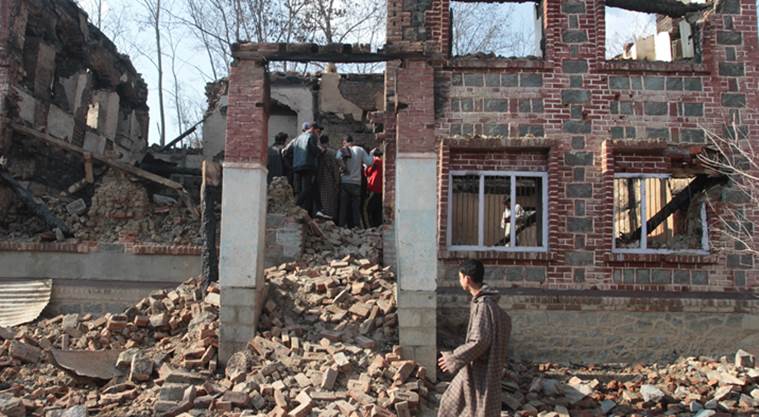 Srinagar, Dec 21: The year 2020 has been deadly in Kashmir as it witnessed the killing of 180 militants in 90 gunfights, majority of whom were witnessed in Southern districts of Kashmir, official figures revealed Monday.

The data suggests that Jammu region of the Union Territory witnessed 10 encounters in which 17 militants were killed while as three security forces personnel also lost their lives.

“In total, the year 2020 witnessed the killing of 205 persons that includes 178 militants including top commanders of Hizbul Mujahideen that include Reyaz Naikoo and Dr Saifullah, besides top Lashkar and Jaish commanders including Faujibhai of JeM, an IED expert,” a security expert, privy to the official figures said.

Kashmir witnessed 80 gunfights alone, the data reveals and majority of them took place, in Shopian, Kulgam, Ananatnag and Pulwama districts of South Kashmir. Figures revealed that seven militants were killed in two encounters at Nagrota area of Jammu.

Ganderbal district of Kashmir has witnessed no encounter this year, officials said even as a few attacks were carried out by militants including the one at BJP leader’s house where a PSO lost his life.

Interestingly, Srinagar, the summer capital, witnessed seven gunfights including the one at Batamaloo where a woman also got killed, another one at Lawaypora, Zoonimar, Malabagh and Pantha chowk.

“In an encounter at Nawakadal, security forces killed Junaid Sehrai, the Hizb commander while in another gunfight at Rangreth area, Hizb chief Dr Saifullah was killed,” the official said.

Officials told KNO that in 2020, nine militants were captured alive this year at the encounter sites while more than 700 youth, who were about to join militancy were counselled and reunited with their families—(KNO)