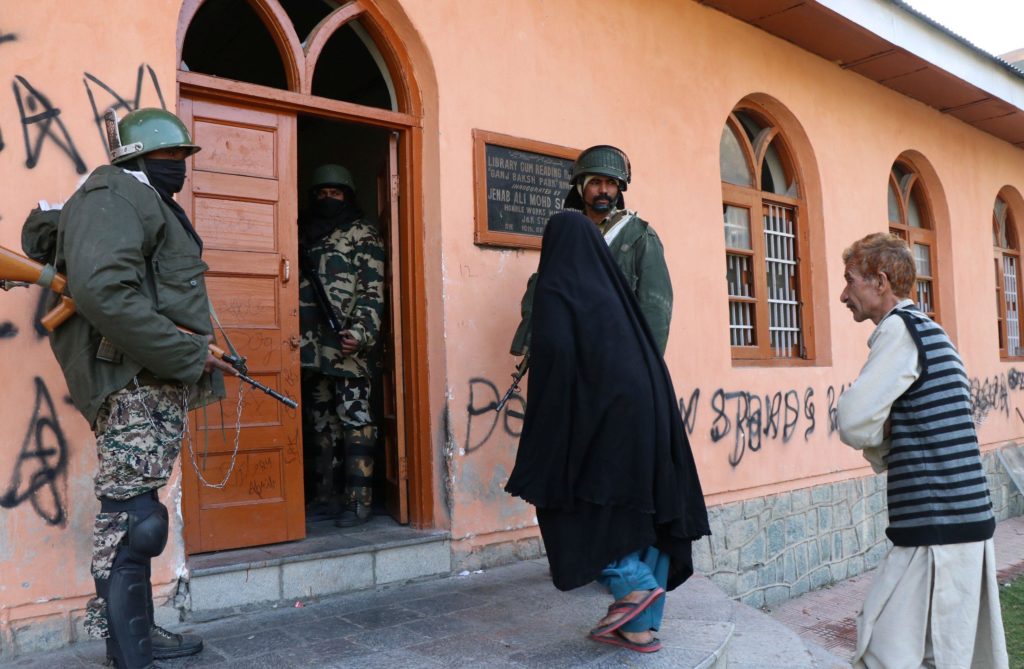 Jammu, Dec 10: State Election Commissioner (SEC), K K Sharma, on Thursday said that over 51 per cent of people voted across 37 seats in the fifth phase of District Development Council (DDC) elections and said that it passed off peacefully across Jammu and Kashmir.

Addressing reporters, the SEC said that a large number of people came out to cast their votes during this phase of the elections.

SEC said that polling was peaceful and people participated enthusiastically despite severe cold conditions in Kashmir division and some hilly areas of Jammu division.

Polling has been peaceful in the poll going 37 constituencies of DDC including 17 in Kashmir division and 20 in Jammu division that witnessed 51.20 per cent of polling, he added.

He also informed that polling was held in 2104 polling stations including 1190 from Kashmir division and 914 from Jammu division.

SEC further informed that Jammu division recorded an average voter turnout of 66.67 per cent with Poonch District recording the highest percentage of 71.62 per cent followed by Doda district with 70.95 per cent and 70.83 per cent voting recorded in Rajouri district. The lowest turnout in Jammu division was in Jammu district which recorded 60.24 per cent. Besides, Kashmir Division recorded 33.57 per cent average voter turnout with Bandipora district recording the highest polling at 56.40 per cent followed by Kupwara District at 52.35 per cent and Budgam with around 45.65 per cent polling.

Giving district wise details, SEC informed that in Kashmir Division the polling percentage recorded in Ganderbal was 37.47 per cent, Baramulla 44.31 per cent, Anantnag 21.89 per cent, Kulgam 26.94 per cent, Pulwama 8.12 per cent and 5.52 per cent polling was registered in Shopian.

Further, he said that counting of votes for Sarpanch and Panch constituencies which went to poll in the 5th phase is being conducted immediately after the close of poll and results shall be declared.