Pakistan can’t do anything alone, is working on the instructions of China: BJP leader 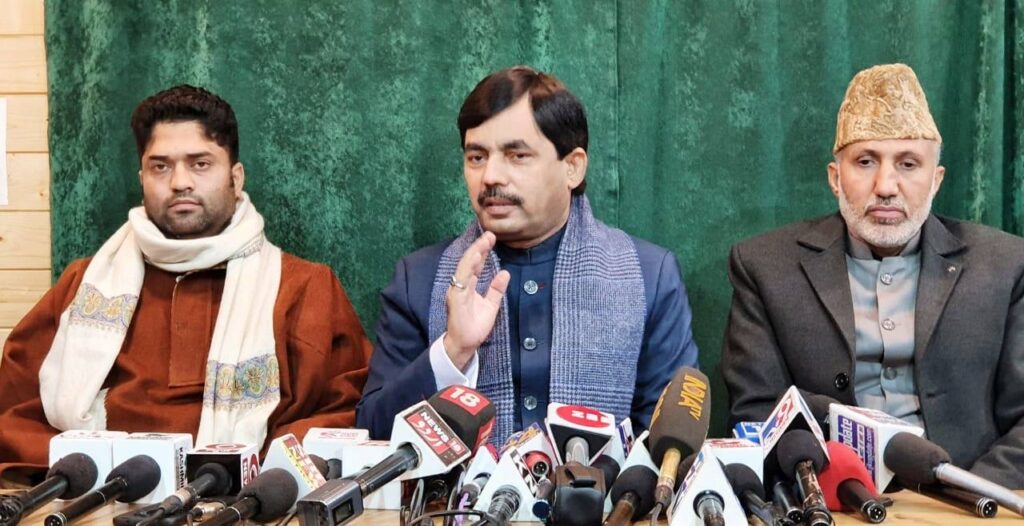 Srinagar, December 08: Former Union Minister and National spokesperson of Bharatiya Janata Party (BJP), Syed Shahnawaz Hussain on Tuesday said that Pakistan is working on the instructions of China and can’t do anything alone.
According to the party statement, Hussain said that Pakistan was begging before china for everything and India has taught them lesson several times.
He said that J&K will go through new era of development as development work remained halted for sometime due to Covid-19
“In DDC, D means development, D means dynasty free and C means corruption free J&K, he sair, adding that Gupkar gang has decided to contest DDC elections to hide their scams as they failed to do anything for the welfare of people from last seven years, now what will they do,” he said.
He said if BJP will be given a chance, the party will  jointly work for the welfare of jammu and Kashmir people and avail an opportunities of employment for them.
Hussain  said that if they will be elected, they still have go before PM Modi to get any work done, so better is to keep them out of power and give us a chance to serve you.
He said that every household will get electricity, water and other basic facility in coming time.