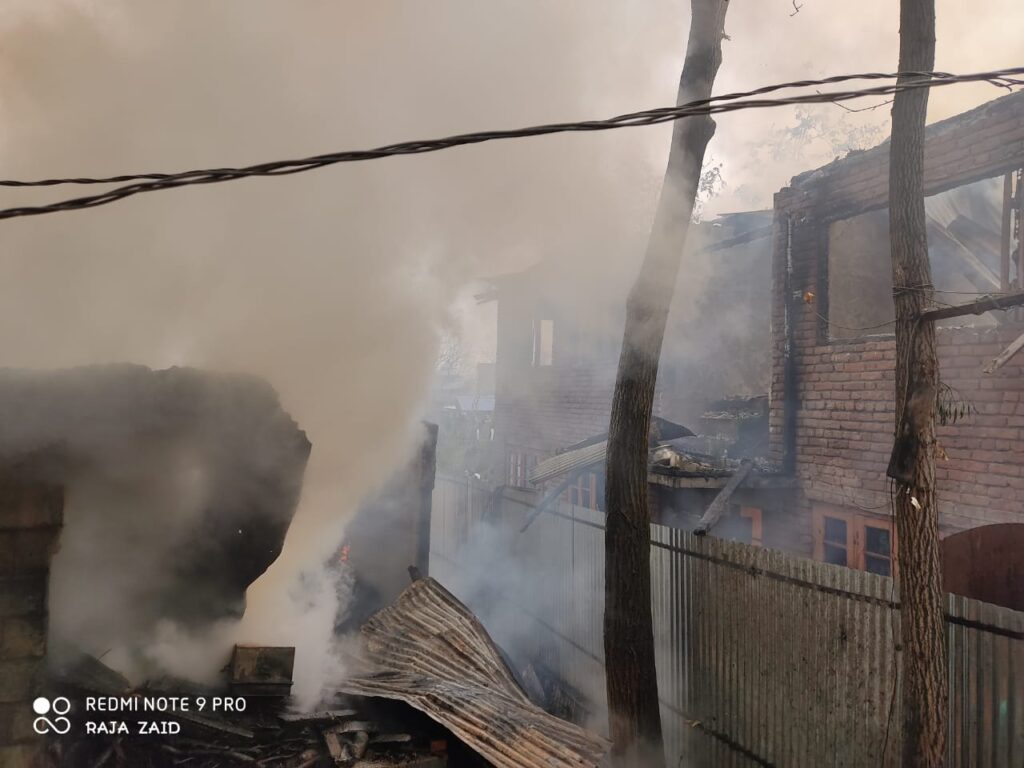 Bandipora, Dec 1: A residential house besides at least two shops were completely gutted even as considerable damage dealt to two other shops in a blaze incident in Rekhi Hajin area of north Kashmir’s Bandipora district on Tuesday afternoon.

According to eyewitnesses, the fire which broke out from a Kiryana shop spread in no time resulting in damage to at least three other shops besides a residential house at Rekhi Hajin area in the district.

The raging fire was brought under control after hectic efforts made by Fire and Emergency department, however by then the fire had already razed a residential house and two shops belonging to Ghulam Mohuiddin Ganaie to ashes, they said.

When contacted a police official said that cause of fire could not be immediately ascertained.

“A case in this regard has been taken up and further investigations are underway to enquire into the cause of mishap”, the official said.

Meanwhile Tehsildar Hajin Ghulam Mohammad Bhat later in the day visited the spot to assess the loss incurred in the incident.

The official, on the occasion, remarked that a ‘damage list’ into the incident will be prepared to be sent to district administration for assistance of the affected families. (GNS)