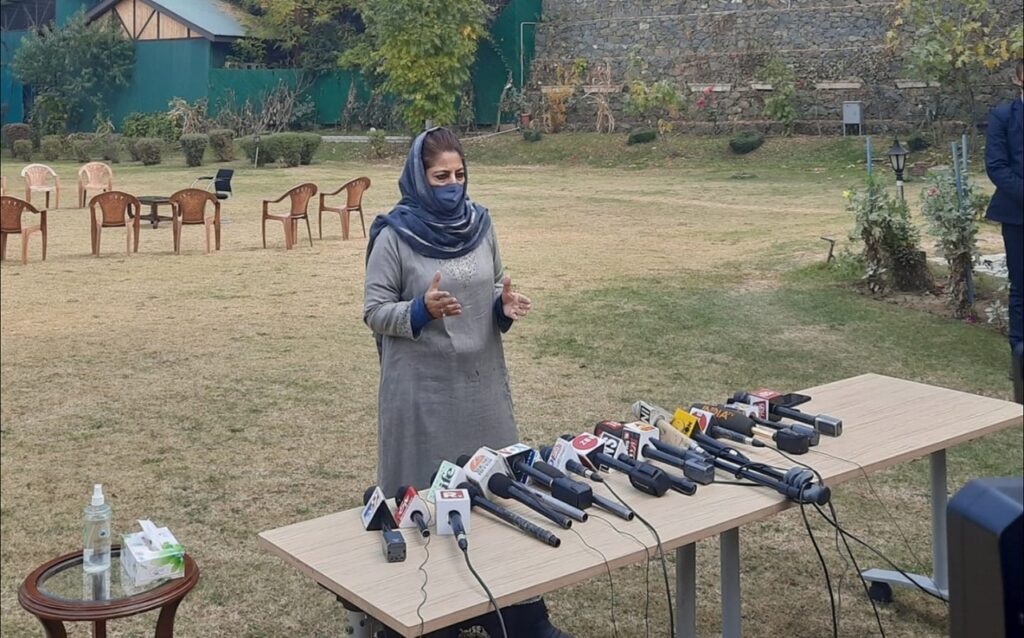 Taking to micro-blogging site twitter, Mehbooba said “Army personnel drags civilians out of their homes in the middle of the night, thrash them with batons & then force these innocent men to chant ‘Jai Shree Ram’. Seems like this is GOI’s ‘vision’ for integrating J&K into India now”.

The former chief minister was replying over the incident took place two days back in Srinagar’s HMT area where militants attacked Army’s kilo force unit and killed two of its personnel.

As per media reports Army went to berserk after the attack and thrashed dozens of civilians mercilessly. (KNS)