Says security is problem only in my case; Omar says personal liberty being treated as favor by Govt; PDP Chief not under house detention: Police 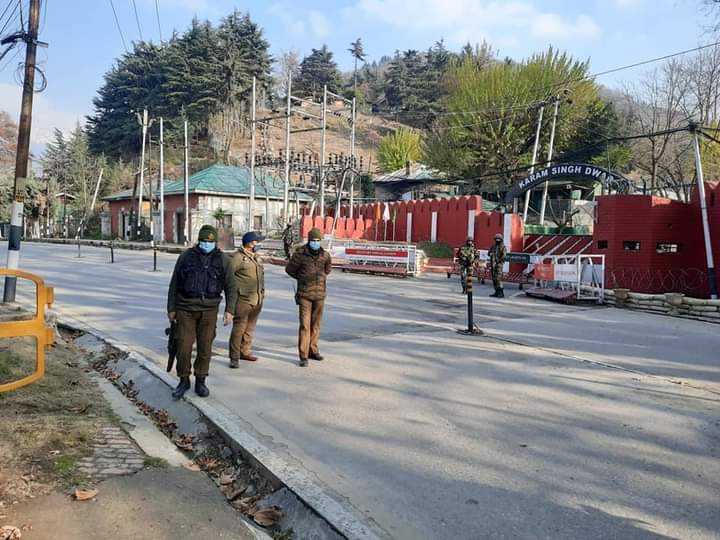 Daughter of Mehbooba, Iltija Mufti said that her mother has been put under house detention today morning by the authorities. She said that Mehbooba was going to visit Waheed Parra’s residence, who was arrested by the National Investigation Agency (NIA) a few days ago.

“Is this what you call democracy where you don’t have any right to exercise your freedom of speech and expression? You are being threatened and intimidated for raising your voice about anything,” she said.

Meanwhile, Mehbooba in her tweet said that she has been illegally detained yet again, saying that BJP ministers are being allowed to move around in every corner but security is a problem only in her case.

“Ive been illegally detained yet again. Since two days, J&K admin has refused to allow me to visit @parawahid’s family in Pulwama. BJP Ministers & their puppets are allowed to move around in every corner of Kashmir but security is a problem only in my case,” Mehbooba Mufti tweeted.

Reacting to her tweet, former chief minister and National Conference Vice President Omar Abdullah, said that parking vehicles in front of their gates is now Standard Operating Procedure (SOP) for the administration.

He added that personal liberty is treated as a favor by the government, to give and withdraw at will, with no interference from the judiciary.

“Parking a truck in front of our gates is now standard operating procedure for this admin. They did the same to my father recently to stop him from praying. Personal liberty is treated as a favour by the govt, to give & withdraw at will, with no interference from the judiciary,” Omar tweeted.

The authorities later in the afternoon barred Mehbooba from addressing a news conference. Mehbooba was scheduled to address media persons at 03:00 PM today. However, soon after the media persons reached her Gupkar residence, they were stopped outside and were not allowed to enter her residence.

“PDP leader Ms Mehbooba Mufti is not under house arrest. She was requested to #postpone her visit to #Pulwama purely due to #security reasons,” Kashmir Zone Police tweeted—(KNO)