Security forces who shed their blood in J&K to protect its integrity will now have option call this land as their own by acquiring Domicile: BJP Leader on abrogation of article 370 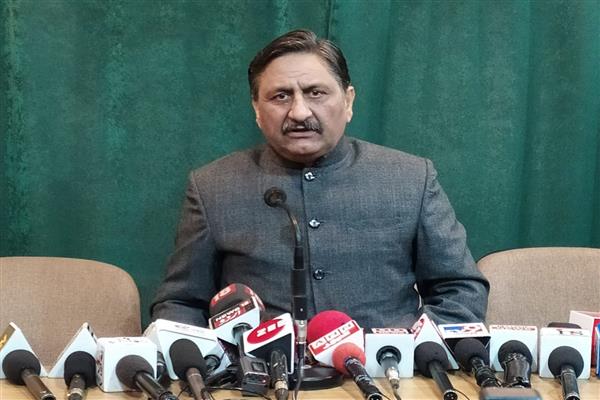 Jammu,Nov 2: Senior BJP and Kashmiri Pandit leader and Incharge Deptt of political Affairs and Feedback, J&K-BJP on Monday claimed that the revolutionary changes regarding Article 370/35A and the follow up rules and regulations those have been implemented in J&K post 5th August 2019 are permanent in nature and their character can’t be changed by any institution other than the Parliament of India which is the supreme and sovereign constitutional body in all respects.

According to statement, he was addressing a Webinar zoom meeting on the topic of the debate, “Implications and Impact of Government’s Actions since August 5th, 2019”.

The programme was organised by the Centre for Peace & Progress (CPP), New Delhi today.

It was presided over by O.P. Shah, Chairman of the CPP and was coordinated by Prof. G.M.Bhat.

Chrungoo in his address said that it is only the Supreme Court of India that has the competence to deliver a judgement about the constitutional validity of the acts of the Parliament post facto.

There is no likelihood that any session of the Parliament in future will review what has been done on 5 and 6 August 2019, he claimed.

“The historic acts of parliament have created a new history by dissolving the chances of perpetuation of the establishment of a state within a state. It has granted citizenship rights to the West Pakistan refugees, Valmiki samaj members and other sections of the society who were deprived of the same over the last seven decades. The changes have regenerated the rights of the womenfolk of the UT to their land of origin. It has opened gates to those indegenous people of the erstwhile state who were dislocated from 1947 and who are living in various parts of the globe”, Chrungoo added.

Chrungoo said “with this comes to an end the hegemony of the Muslim precedence in all walks of life thus paving way for an egalitarian society”.

“The conduct of the DDC elections in the UT is a great offshoot of the historic changes to take democracy to the grass root level. Devolution of political and economic power through the 3-tier Panchayati Raj system has become a reality which otherwise remained enveloped in textbooks only,” he explained.

“It is important to shed the old mindset in order to take the current generations to the modernity of life. The new laws and regulations have potential to create opportunities for new generations and thus fresh resources and employment will be creating big income sources for the UT. Development and national character will move hand in hand. Those security forces who shed their blood in J&K to protect its integrity will be having options to call this land as their own by acquiring Domicile eventually. The dream of great nationalists in J&K like Pt. Prem Nath Dogra has been realised by the bold and historic steps that the government led by PM Narendra Modi And HM Amit Shah has taken in August 2019 and thereafter”, Chrungoo further added.