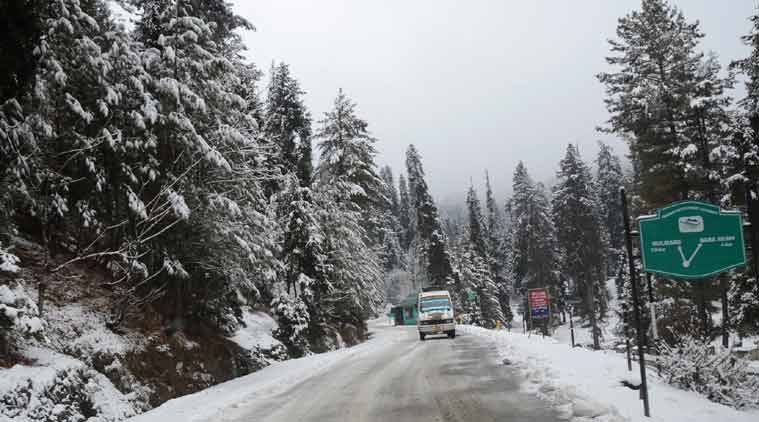 Srinagar, Nov 9: The weatherman on Monday issued an advisory amid forecast for widespread rain and snowfall from 13 to 15 November in Jammu and Kashmir.

“An active Western Disturbance is most likely to affect the Union Territories of Jammu & Kashmir and Ladakh and adjoining areas from 13th (evening) to 15th (late night) November 2020,” reads the advisory issued by deputy director of the local Meteorological department Dr. Mukhtar Ahmed.

“Under the influence of this weather system, widespread moderate Rain/snow is expected in Jammu, Kashmir and Ladakh regions.”

He said light rain or snow would commence at a few places of Kashmir on the night of November 13 and thereafter increase in intensity and distribution with its peak during subsequent two days and gradual decrease thereafter.

“Main activity of this system, moderate to heavy rain/snow at isolated places is most likely during 14th & 15th November,” he said, warning that the system may cause heavy rain or snow mainly in upper reaches of Kashmir including Gulmarg, Sonamarg, Baramulla, Bandipora (Gurez & Tulail Valley) and Kupwara (Karnah Sector), Shopian, Qazigund-Banihal axis, Pirpanjal Range of Jammu Division, Drass (Gumri and Minamarg) and Zanskar subdivision of ladakh.

Referring to the impact due to it, the officer said the weather system may lead to temporary disruption of air and surface transportation mainly on Jammu- Srinagar and Srinagar-Leh Highways, Mughal road and other major roads.

“Landslides and shooting stones (can occur) in vulnerable spots of Jammu- Srinagar/Srinagar-Leh Highway,” he said , adding, “(it) may disrupt agricultural operations like apple harvesting and orchard management.”

There would also be a dip in day temperature and slight increase in night temperature, the officials added.