Now, Kargil Democratic Alliance joins hand with Peoples Alliance to fight for restoration of Art 370, 35-A 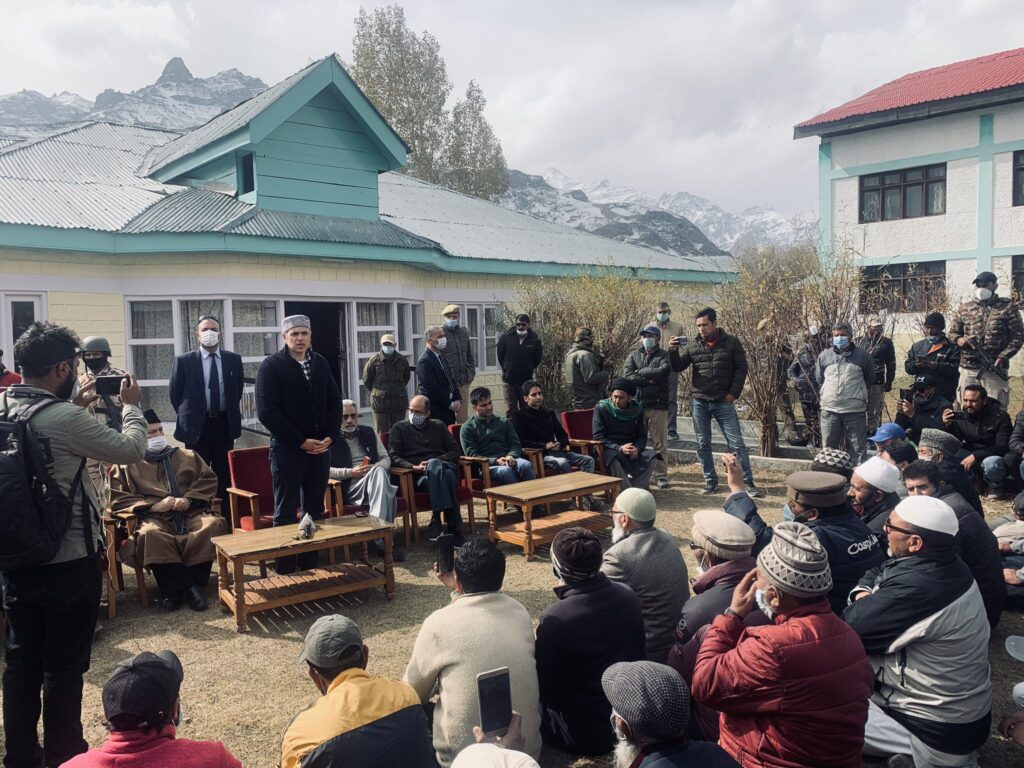 Kargil, Oct 30: In a significant development, the newly formed People’s Alliance for Gupkar declaration (PAGD) on Friday joined hands with the Kargil Democratic Alliance (KDA) to fight for the restoration of Article 370 and reunification of erstwhile State of Jammu and Kashmir.

Addressing the media men outside the Circuit House Kargil, Omar Abdullah, said that the PAGD and KDA will continue to fight for the restoration of article 370 and 35-A  politically and legally in every peaceful manner .

He said that both PAGD and KDA have the same agenda that, “We don’t accept the decision of last year’s August 05 neither the bifurcation of the erstwhile state of Jammu and Kashmir and creation of two separate UTs.”

To a question about the intentions to meet the Ladakh’s Apex Body for the 6th schedule, Omar said that the People’s Alliance for the Gupkar Declaration (PAG) is ready to hold talks with anyone who is willing to talk.

He said their fight is against BJP and it (BJP) doesn’t represent the nation (India).

“Our demand is totally within the parameters of the Indian constitution which existed already and for that PAGD and KDA won’t step back”, he said.

Omar said that people in Jammu have strongly opposed the last year’s August 05 decision like the people in Kargil.

Asgar Ali Karbalai on behalf of the Kargil Democratic Alliance (KDA) said that deliberations were held regarding pre and post-August 05 situation with the PAGD delegation and both have a common agenda of restoration  of the erstwhile state of J&K along with Article 370 and 35-A.  “Both PAGD and KDA are committed to the restoration of Article 370 and 35-A,” he said. Meanwhile,  sources said that KDA got support from Islamia School Kargil, Imam Khomeni Memorial Trust, Sahib-e-Zaman Turst Kargil, Jamiat-e-Ahli Sunah, Ahle Sufiyan Naqshbandi and Students Education Movement Kargil—(KNO)