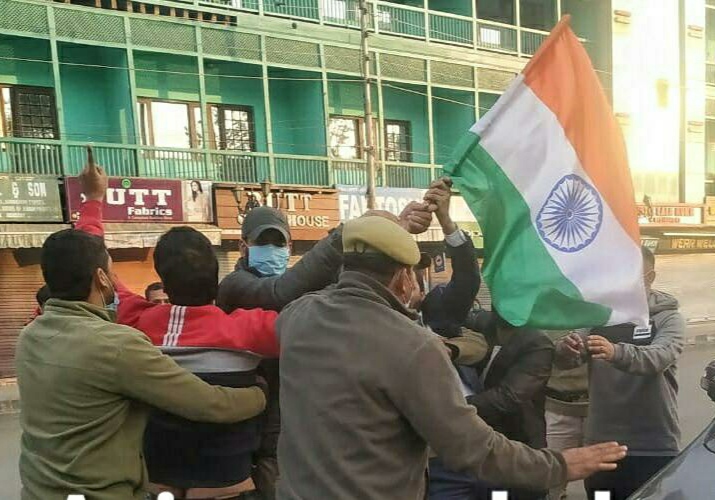 BJP spokesman for Kupwara, Mir Basharat said they came to  Lal Chowk to hoist Tricolour to send a message to members of Peoples Alliance for Gupkar declaration (PAGD) that only national flag  will remain in Kashmir. “Today we came to celebrate the day when Maharaja Hari Singh signed the instrument of accession with the Centre.

Our message is for Mehbooba Mufti, Omar Abdullah and all other members  of PAGD, that only tri colour will be unfurled in Kashmir,” he said.

Police however, swung into action and detained all three BJP leaders. ” They have been lodged in police station Kothibagh,” a police official said